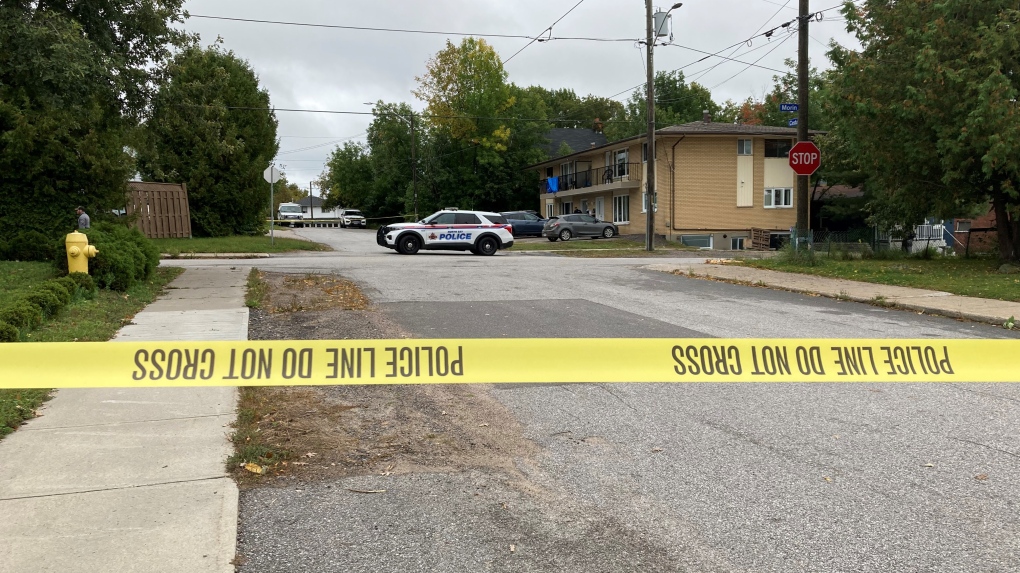 North Bay police have finally released details about an incident on Friday morning that triggered 'hold and secure' protocols at several area schools.

Two men in their 20s are alleged to have fought with someone known to them in front of an apartment building in the 800-block of Cedar Street on Sept. 24 around 9 a.m. During the altercation, a firearm was pointed at the victim who was also hit with a blunt object.

Officers used security camera footage from the area to help identify and locate the suspects shortly after the incident. 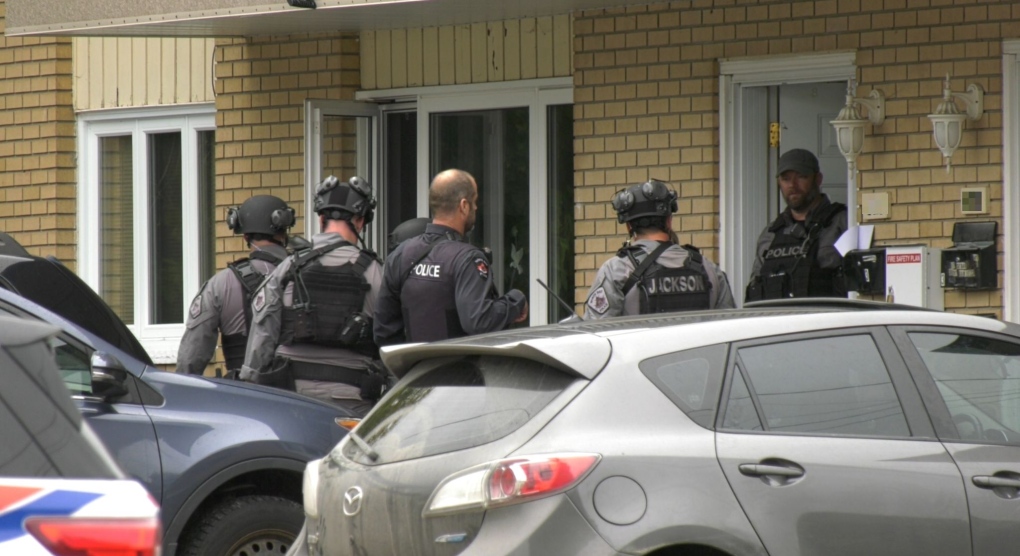 "An investigation led to the recovery of a BB gun at the scene," North Bay police said in a news release Monday afternoon.

Police said Friday that four people were taken into custody following the incident and now two people have been charged.

A 22-year-old man has been charged with pointing a firearm, having a weapon for a dangerous purpose, uttering threats to cause death or bodily harm, five counts of having a firearm or ammunition contrary to a prohibition order, and two counts of failing to comply with a probation order.

The second suspect, a 27-year-old man, has been charged with assault with a weapon.

No word on if the victim was injured in the altercation.

Police are asking people with security cameras to join the Security Camera Resource and Mapping (SCRAM) initiative which can help officers gather evidence and investigate crimes.

The database helps police know where security cameras are located.

"Registering with SCRAM does not give police access to your security cameras and you are allowed to deny requests from police for footage. Individuals interested in joining SCRAM can email SCRAM@northbaypolice.on.ca," police said.

Instead of issuing a singular federal national COVID-19 vaccine passport, the federal government says that each province and territory will be responsible for issuing a 'standardized pan-Canadian' vaccine passport that Canadians can use when travelling abroad. Each province's system is supposed to have a 'common' look and feel, with the expectation that by next month all Canadians will have access.

The Canada Recovery Benefit (CRB) will expire as of Oct. 23, and will be replaced by a targeted benefit that helps individuals whose work is impacted by COVID-19 lockdowns.

The federal government announced Thursday that Canada will receive 2.9 million doses of Pfizer’s pediatric COVID-19 vaccine shortly after its approval by Health Canada for the 5-11 age group.

Iqaluit is being forced to medevac patients out of the territory with the only hospital unable to sterilize equipment properly as the water contamination crisis continues.

A report exploring the far-right in Ukraine’s military found that neo-Nazis and supporters of far-right groups in the ranks bragged online about receiving training from Canada and other NATO nations.

Scientists in New Zealand have found that microplastics, which have been found in rivers, oceans, soil and animals, are also in the air we breathe and report that this airborne pollution is likely affecting climate change.

U.S. unveils COVID-19 vaccine rollout for children as Canada plans its own

U.S. officials have outlined a plan to roll out two doses of the Pfizer vaccine formulated for children aged 5-11 in the coming weeks — provided that the U.S. Food and Drug Administration approves Pfizer’s safety and efficacy data.

Saskatchewan’s Provincial Emergency Operations Centre said there are no plans to transfer more than six patients to Ontario as of Wednesday morning – contradicting information provided by health officials in Ontario.