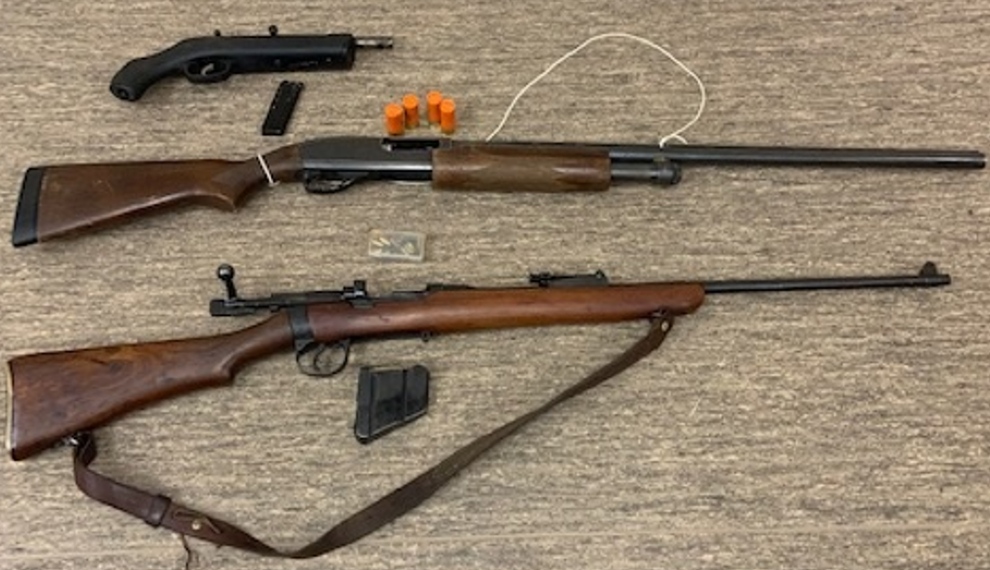 Two men from northern Ontario, are facing multiple weapon charges after attempting to avoid a R.I.D.E. check in the Municipality of Huron Shores on Wednesday. (Supplied)

Two men from northern Ontario, are facing multiple weapon charges after attempting to avoid a R.I.D.E. check in the Municipality of Huron Shores on Wednesday, Ontario Provincial Police said in a news release.

Officers from the East Algoma OPP detachment were conducting a reduce impaired driving everywhere check at the intersection of Little Rapids Road and Ansonia Road as part of the festive R.I.D.E. campaign shortly after 4 p.m. when they saw a red pickup truck quickly turn around to evade them.

Upon pulling the vehicle over near the municipal garage on Little Rapids Road, police observed the truck having two different plates.

“A query revealed the driver and passenger were wanted,” said the OPP.

The driver and passenger were arrested.

In addition, the vehicle was towed and impounded for seven days and the driver was charged with the following traffic offenses:

Both accused appeared before the Ontario Court of Justice via video on Nov. 24 and were remanded into custody.

None of the accusations have been proven in court.