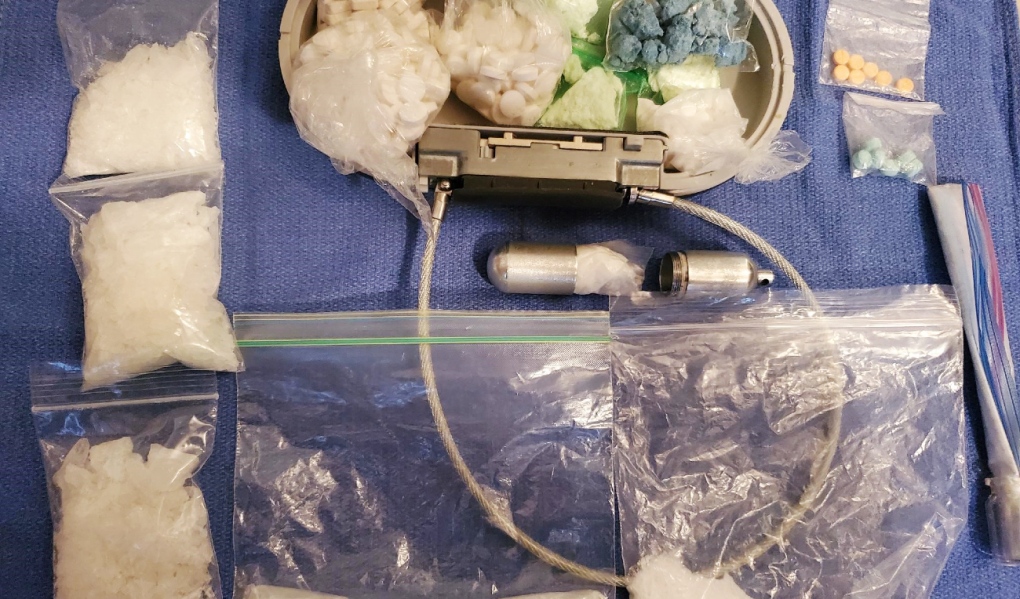 Two people from West Nipissing have been charged following an Ontario Provincial Police raid of a residence in Sturgeon Falls on July 26. (Supplied)
Sudbury -

Two people from West Nipissing have been charged following an Ontario Provincial Police raid of a residence in Sturgeon Falls on July 26.

Police executed a search warrant on a Demers Street residence, leading to the seizure of drug paraphernalia, cash, a safe, cellular devices and drugs suspected to be: fentanyl, Percocet pills, crystal meth, methamphetamine tablets and cocaine.

The value of the drugs seized is believed to be approximately $46,300, police said in a news release Tuesday.

A 35-year-old has been charged with three counts of trafficking and one charge of possession of property obtained by crime,

Both accused are scheduled to appear in the Ontario Court of Justice today in North Bay.

The Canadian Conference of Catholic Bishops has apologized for the first time for the horrors that occurred in residential schools it ran for the federal government for more than a century.

'People will suffer and will die': Emergency doctor says some health triage has begun in Alberta

Six charts to help you understand the 2021 federal election

CTVNews.ca tells the story of the 44th federal election in six charts, breaking down the percentage of total votes won by each party, what was gained, what was lost, and where in Canada saw the closest, nail-biter races.

The 14 highest patient ICU patient counts have all come in September.

QR codes are being temporarily removed from Saskatchewan COVID-19 vaccination records due a privacy breach.

New Brunswick will be returning to a state of emergency as the province continues to battle the growing fourth wave of COVID-19, officials announced Friday.

Nearly 10,000 Afghans are waiting in German refugee camps desperate for their new lives to begin, including those destined for Canada.