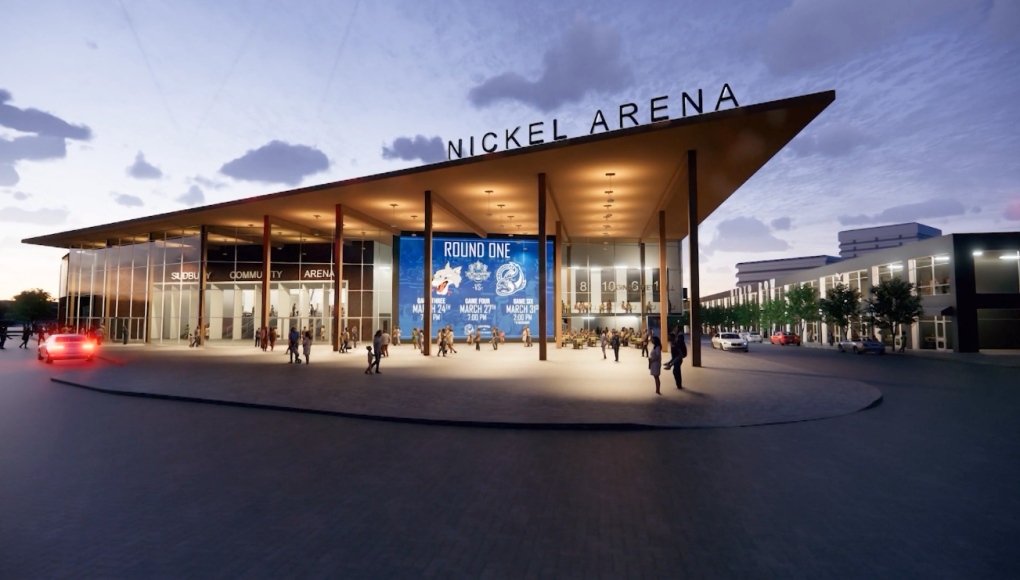 Two Greater Sudbury councillors are putting forth a motion asking for further study of the Project Now proposal, which would renovate Sudbury Arena instead of moving it to The Kingsway. (Supplied)

SUDBURY -- Talk of a new arena could soon be returning to the Greater Sudbury city council table as two members want an alternative to the Kingsway Entertainment District, Project Now, to be studied further.

Ward 1 Coun. Mark Signoretti, a vocal opponent of the KED proposal, and Ward 4 Coun. Geoff McCausland, who campaigned against it the last election, are putting the motion on the table at next week's council meeting.

Project Now was dreamt up by architecture firm 3RDLINESTUDIO, arguing the city could save as much as $40 million by refurbishing the old barn on Elgin Street.

They're hoping city staff, if the motion is approved, can have a report ready by the Oct. 6 meeting.

Tim James, a partner at 3RDLINESTUDIO, told CTV News he's encouraged to hear there might be further discussion surrounding their idea.

"We think it's a positive move in developing and refining and reviewing options for Project Now," James said. "Project Now I think is a great approach to saving the community $40 million dollars and we certainly want to be in the zone where we're comparing apples to apples."

James and his team argue there is new life in that building and it could be done without disrupting the Sudbury Wolves or Sudbury Five seasons over the next three years.

The animation they've created has gotten many talking in town and re-sparked an old debate on whether to move the facility out of the city's downtown core.

"We certainly encourage council and the city to look at it in more detail, we're certainly here to assist," he said. "The reason we spent time and money, articulating the project to this level of detail was to ensure we could go in this direction and ensure it's a reasonably viable position."

The main tenant of the building would be the Sudbury Wolves. Owner and developer Dario Zulich is still pushing for the Kingsway Entertainment District.

Zulich said he's determined as ever to see it become a reality and to foster sports tourism in Northern Ontario's capital. He said the issue of renovating the old arena was asked and answered in a five-year-old study done by the city.

The next few weeks are important for the project, with a Superior Court ruling expected before a Sept. 17 hearing in front of Ontario's planning appeals board, the Local Planning Appeals Tribunal.

"We are just weeks away from the decision of the Ontario Superior Court and an LPAT hearing, we're at the finish line so I find it interesting that it's surfacing right now," said Zulich.

The Kingsway Entertainment District has been mired in legal challenges since council approved it a few years ago.

Zulich said the KED is the right choice and he envisions it as a place that will be able to host large-scale trade shows, providing convention floor space.

"We believe in the future, this is an investment into the future, it'll create growth and economic prosperity, it'll create jobs for the future beyond COVID so we're fully confident in this project and what it'll do for Sudbury," he said.

Signoretti and McCausland were unavailable for comment by the broadcast deadline. Mayor Brian Bigger said he's open to having the discussion with his colleagues, but declined to weigh in on the matter until it was brought up on the council floor.

The motion is on council agenda for the Sept. 9 meeting beginning at 6 p.m.