Truck crashes through brick wall at Porcupine Mall in Timmins 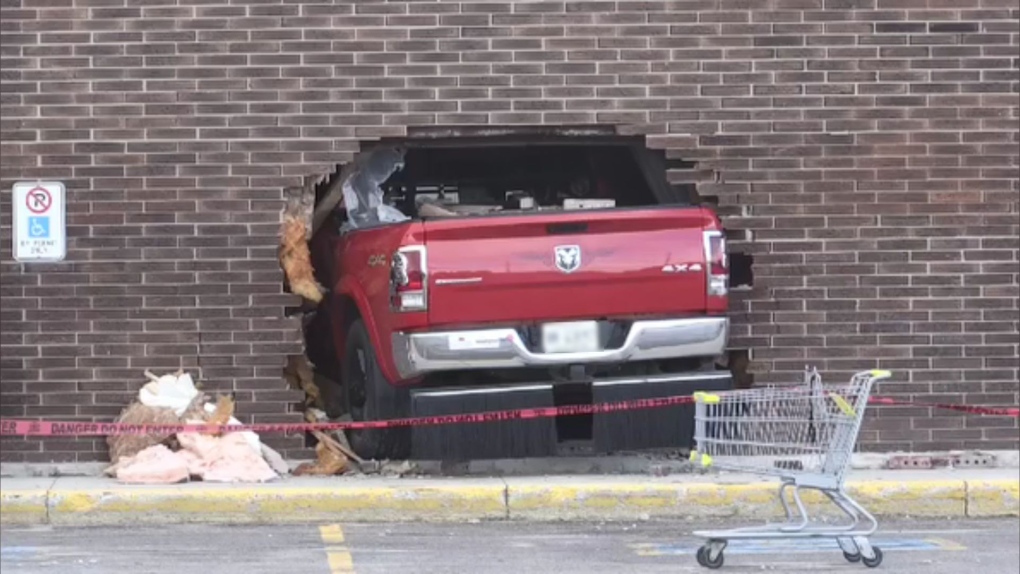 SUDBURY -- There were some startling images coming out of the Timmins area Sunday.

A large pickup truck went through an exterior brick wall at the Porcupine Mall in Timmins, across the street from Northern College.

Timmins police say the driver of a Dodge Ram pickup truck, an 86-year-old man, jumped the curb adjacent to the mall and collided with the building before coming to rest within a section of the Giant Tiger store.

The driver and his female passenger had to be extricated from the truck by Timmins Fire Department and Whitney Volunteer Fire Hall and were treated for minor injuries.

No one in the mall was injured in the incident.

Police say the vehicle will remain in place until technical structure appraisals can be completed and that it is deemed safe to do so.

Timmins police officials say Monday they're still investigating what caused the incident, but can say the collision was not due to impairment.

The damage to the mall is described by police as extensive, but a dollar value has not yet been determined.