Transport driver near Sudbury was impaired, had open liquor in the truck, police say 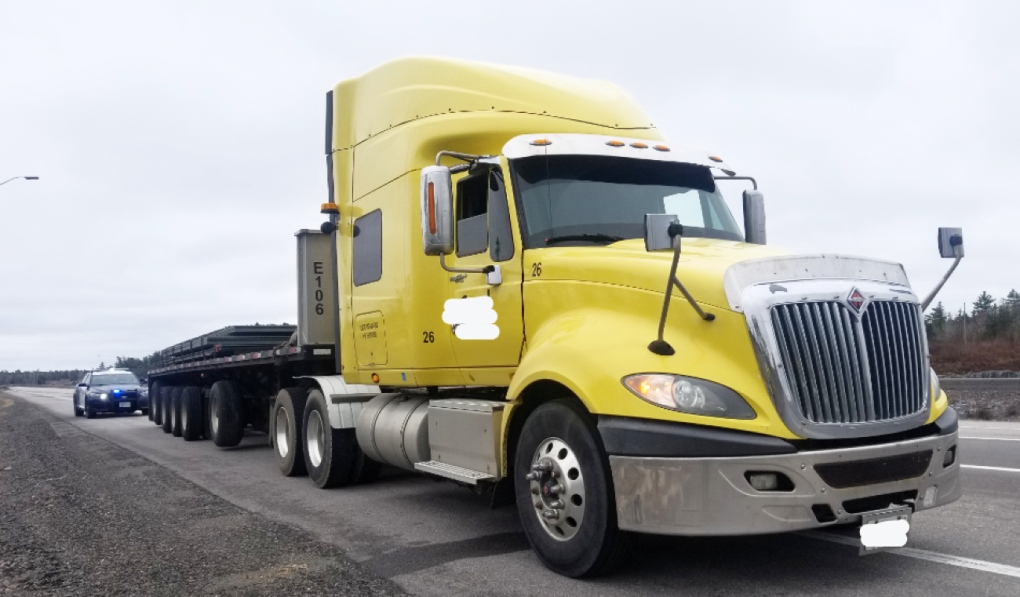 A 44-year-old transport driver from Caledon is facing several charges after police pulled the truck over on Highway 69 on April 16. (Supplied)

SUDBURY -- A 44-year-old transport driver from Caledon is facing several charges after police pulled the truck over on Highway 69 on April 16.

Ontario Provincial Police in Sudbury said they received a complaint April 16 around 1:30 p.m. about a northbound commercial motor vehicle on Highway 69 in Cox Township.

"It was determined that the driver had signs of impairment and was arrested, then transported to the Noëlville OPP detachment for further testing," police said in a news release Monday.

"Open liquor inside the vehicle was seized."

The 44-year-old is now charged with impaired driving, dangerous driving, failing to maintain a daily log, and driving with open liquor in the vehicle.

The accused was released on an appearance notice and has a court date of May 5 in Sudbury.

The driver was also issued a 90-day administrative driver's licence suspension and the vehicle was impounded for seven days.