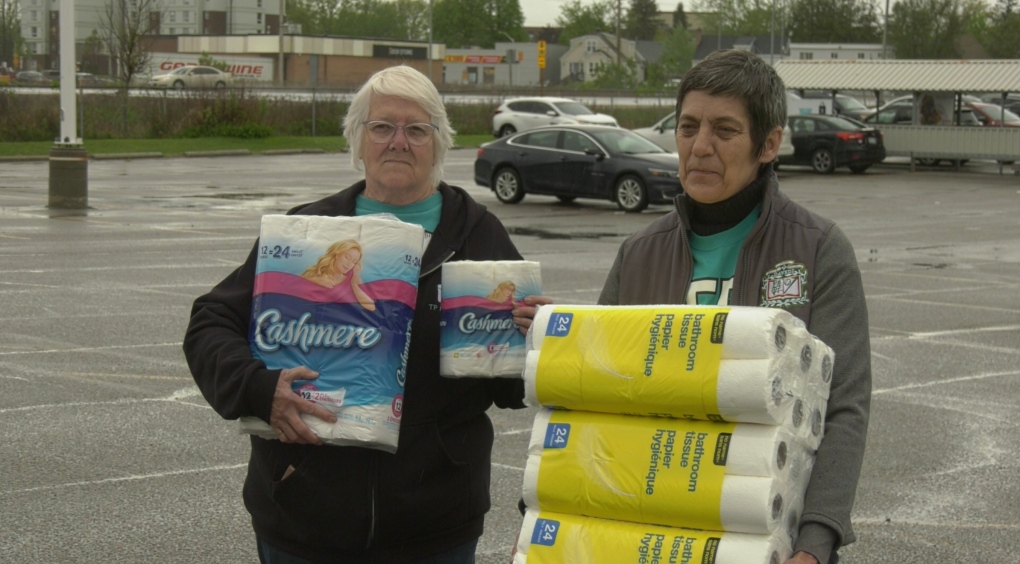 TP North Bay, now into its ninth year, collects toilet paper rolls for those in need, and it's a week away from wrapping up its yearly month-long campaign.

But, organizers are still thousands of rolls short of the target for this year.

"There are so many people who have lost their jobs because of COVID. So that means there are more people depending on the food banks," said Ellen Faulkner, TP North Bay's chair.

The toilet paper campaign started April 30, with a goal of collecting 27,000 rolls. As of Sunday, it collected more than 17,000 which leaves organizers about 10,000 roles shy.

"North Bay is a very caring community, but it is surprising how many people do not know what TP North  Bay," Faulkner said.

Last year, 21,000 rolls were collected, and given to locals in need.

"Sometimes it's just because people are short that month. It's not because you need the food bank all the time," said Angela Johnston, TP North Bay's Co-Chair.

"Some of our seniors are on pension, and with the cost of food and gas and everything else going up, people just need a boost."

On May 30, rolls will be sorted and distributed to 14 area food banks.

"Starting with Canadore College and Nipissing University, we also help the Children's Aid Society as they have a little pantry which we are providing for them. There are also different food banks in churches," said Faulkner.

TP North Bay is challenging other neighbouring municipalities to create their own toilet roll campaigns to fill the gap in the Nipissing District.

"We're hoping Callander and Powassan will get on board to do their own TP Callander or 'TP Powassan so it just continues to grow," said Johnston.

Donations of toilet paper and cash donations can be dropped off Saturday, May 28 at Giant Tiger on Lakeshore Dr. from 10 a.m. to 2 p.m.

There are also blue TP boxes at various grocery stores, at the North Bay Fire Department, the Davedi Club and Allison the Bookman where rolls can be dropped off.

The Commissioner of Canada Elections' office says it has received and is reviewing information related to the allegations raised by the Conservative Party of Canada that now-disqualified leadership contender Patrick Brown's campaign violated federal election financing rules.

Dozens of people have been displaced after an intense, third-alarm fire on Vancouver's Downtown Eastside Wednesday night.