Tornado watch in effect for several communities across northern Ontario 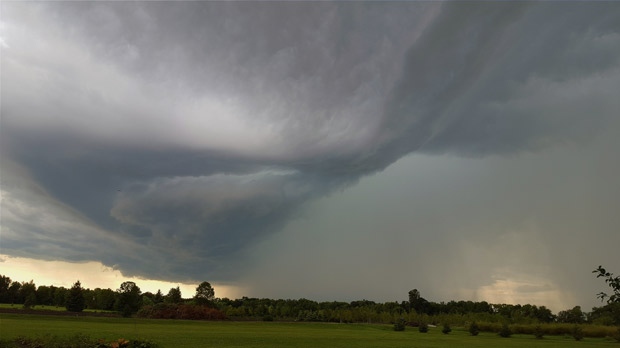 “A severe thunderstorm capable of producing a tornado is located near Tunnel Lake, moving southeast at 70 km/h.”

Tornado warnings are issued when imminent or occurring thunderstorms are likely to produce or are producing tornadoes.

Tornado watches are issued when atmospheric conditions are favourable for the development of thunderstorms that could produce tornadoes.

Should threatening weather approach, take cover immediately, as is recommended by the Office of the Fire Marshal and Emergency Management.

“If you hear a roaring sound or see a funnel cloud, swirling debris near the ground, flying debris, or any threatening weather approaching, take shelter immediately.

Go indoors to a room on the lowest floor, away from outside walls and windows, such as a basement, bathroom, stairwell or interior closet. Leave mobile homes, vehicles, tents, trailers and other temporary or free-standing shelter, and move to a strong building if you can. As a last resort, lie in a low spot and protect your head from flying debris.”