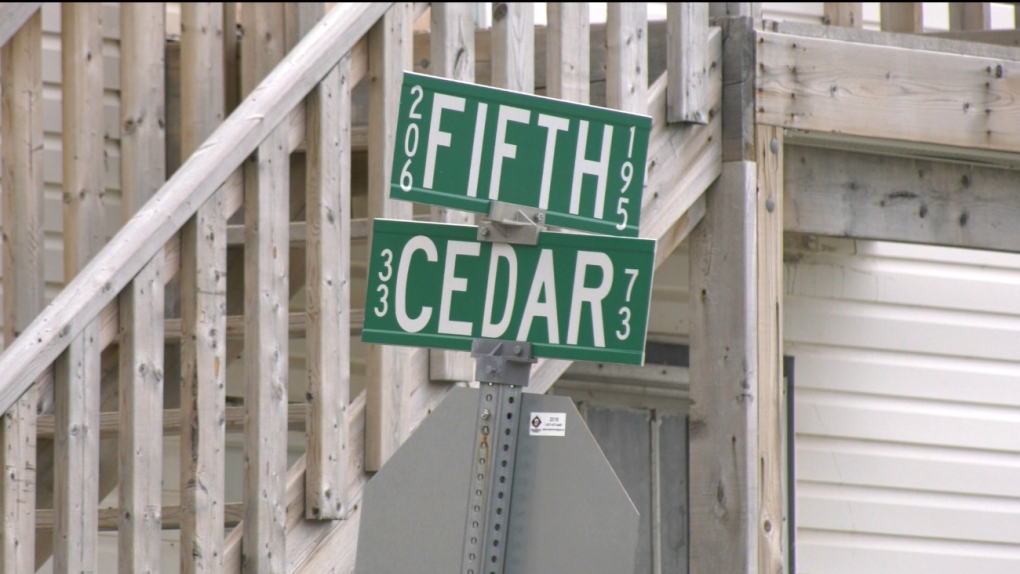 Police said the assault happened in the early hours of Tuesday morning at the intersection of Cedar Street North and Fifth Avenue in Timmins after a call came in from a neighbour in the area. (Lydia Chubak/CTV News)

TIMMINS -- Timmins Police say they are distressed by what appears to have been an unprovoked assault near the downtown core that left a teen with serious injuries.

The 17-year-old male will be taken to hospital in Sudbury to have facial wounds treated, while a second victim, a 15-year-old female, was treated for minor injuries at Timmins and District Hospital and released.

Police said the assault happened in the early hours of Tuesday morning at the intersection of Cedar Street North and Fifth Avenue after a call came in from a neighbour in the area.

"It was a very spontaneous occurrence where three young offenders happened to be going by, and for reasons we can't explain, they chose to assault these persons," said Marc Depatie, the communications co-ordinator for the Timmins Police Service.

Two 13 year old boys and a 16 year old boy were arrested in connection with the attack and have been charged, Depatie said.

"They stand charged with significant charges," he said. "Assault causing bodily harm, assault with a weapon, a knife was brandished during the assault, so this is a cause for concern for the victims, of course, as well as the general public."

Officials with Timmins and District Victims Services said it's important for people who've been targeted in a crime to reach out for help.

"Especially young people," said Melissa Turcotte, the executive director of Timmins and District Victims Services. "They think they can deal with it. They think they don't need the support, and then night terrors start.

"We have a wide range of psychologists that we work with. We deal with publicly funded counselling, as well, if funding is an issue for them, just so they're not having to relive it all on their own."

Police said the suspects are known to police. They say one of the 13 year olds remains in custody while the other 13 year old was released on strict conditions. The outcome of the 16 year old's bail court hearing has not yet been released to CTV News.