Timmins teen concerned she was targeted by human traffickers 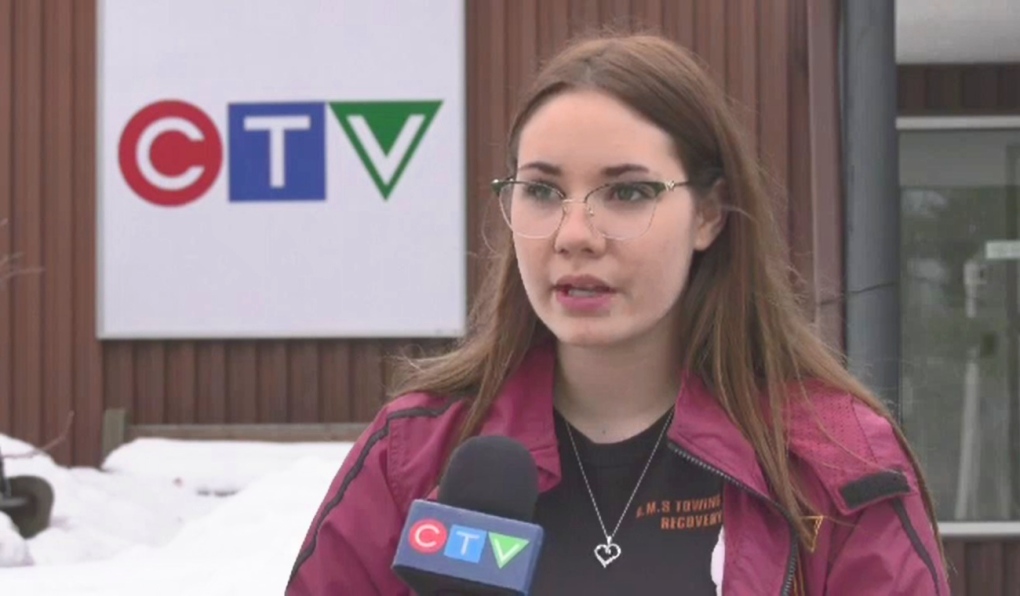 Marissa Charlebois, 17, recalled feeling odd and frightened while working at a local mall Sunday night, when she noticed two well-dressed men staring at her and talking to each other from across the hall.

TIMMINS -- Marissa Charlebois, 17, recalled feeling odd and frightened while working at a local mall Sunday night, when she noticed two well-dressed men staring at her and talking to each other from across the hall.

They then approached her, she said, began "sweet-talking" her and offering her drugs like MDMA, cocaine and marijuana.

"They called me 'hun' or 'love' and 'beautiful,'" Charlebois said. "They asked me if I wanted to experiment, meaning trying different drugs ... I just kind of repeatedly said no."

The two men eventually left, she said, and Charlebois initially brushed it off as an odd encounter.

"After hearing her description, I said no, no, this kind of falls into that human trafficking (area)," said Farkas, who is a police officer. "This is the onset of recruiting these individuals."

Officials at the Timmins Police Service said human traffickers attempt to recruit people by showering them with compliments and gifts, eventually forcing them into the trade.

The service's communications coordinator, Marc Depatie, said recruiters will usually be older men who will attempt to charm younger women.

"We are aware of a number of instances where young persons in the Timmins area have been approached or solicited by these means," Depatie said.

Recruiters of human trafficking often search for victims at parties and gatherings, she said, and will even attempt to recruit people in public places like parks, parking lots and shopping malls.

"It's very, very concerning," Trudel said. "It's something we want to bring as much awareness to as possible, so that we can kind of equip people."

Charlebois sought to do this as well, posting about her experience on Facebook after reporting the incident to police.

She's glad the post received an outpouring of support and wants this to be a reminder to people to be wary of these kinds of situations.

"Just being more cautious and aware of your surroundings," said Charlebois. "(Know) that it can happen anywhere, also."

As for Charlebois, she said while she was shocked that people would attempt something like this in a public place, she feels secure and will keep a more watchful eye going forward.

Farkas said his step-daughter is a smart young woman who did what she was supposed to.

"She handled it very, very well and I'm proud of her for that."