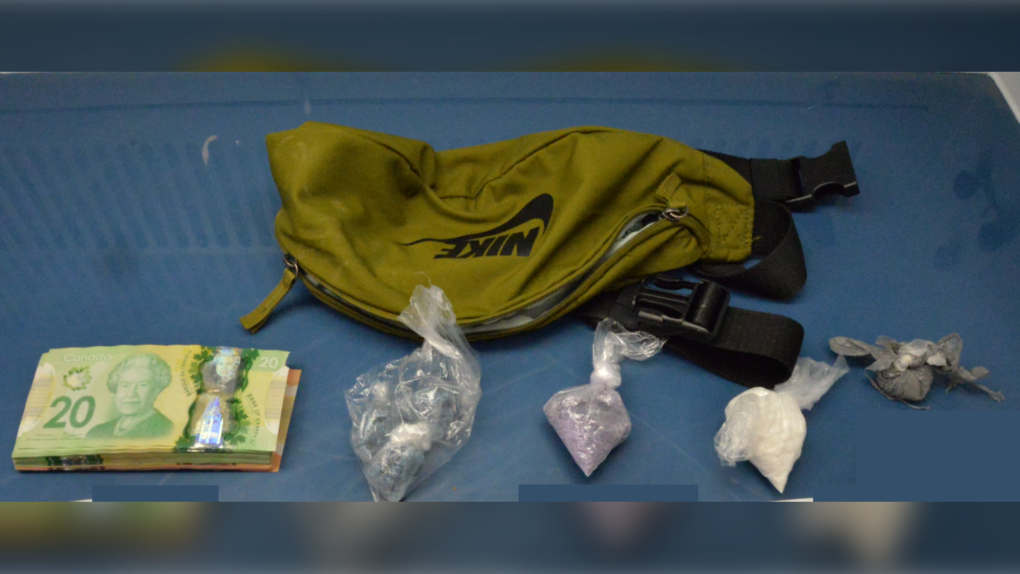 Officers seized 58.1 grams of purple fentanyl, 22.7 grams of blue fentanyl, 9.1 grams of grey fentanyl, 43.3 grams of crystal methamphetamine, and over $5,000 in cash, police said in a news release.

As a result, two 28-year-olds from Mississauga have been arrested and charged with drug trafficking and having property obtained by crime. One of the accused is also charged with failing to comply with a release order.

The two accused were held in custody pending a bail hearing.