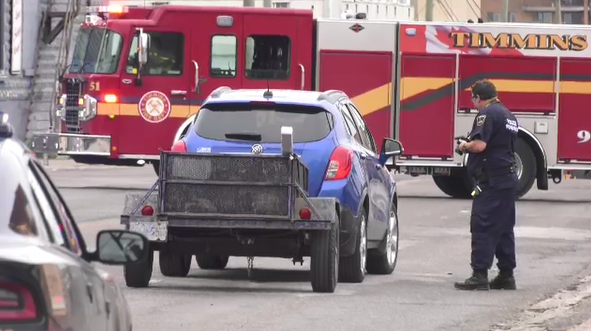 SUDBURY -- Timmins police say the pedestrian involved in Tuesday's crash, a man experiencing homelessness, was at fault in the incident.

A collision involving a vehicle and a male pedestrian happened at the intersection of Algonquin Boulevard, the city's busiest four-lane road through town, and Birch Street Tuesday afternoon.

Police and fire crews were called to the scene and the man was taken to hospital via ambulance with a serious, but non-life threatening head injury.

The road was closed to traffic for a couple of hours.

Marc Depatie, the community liaison officer for Timmins Police Service, said the man remains in hospital Wednesday, but no update on his condition.

With files from Lydia Chubak.