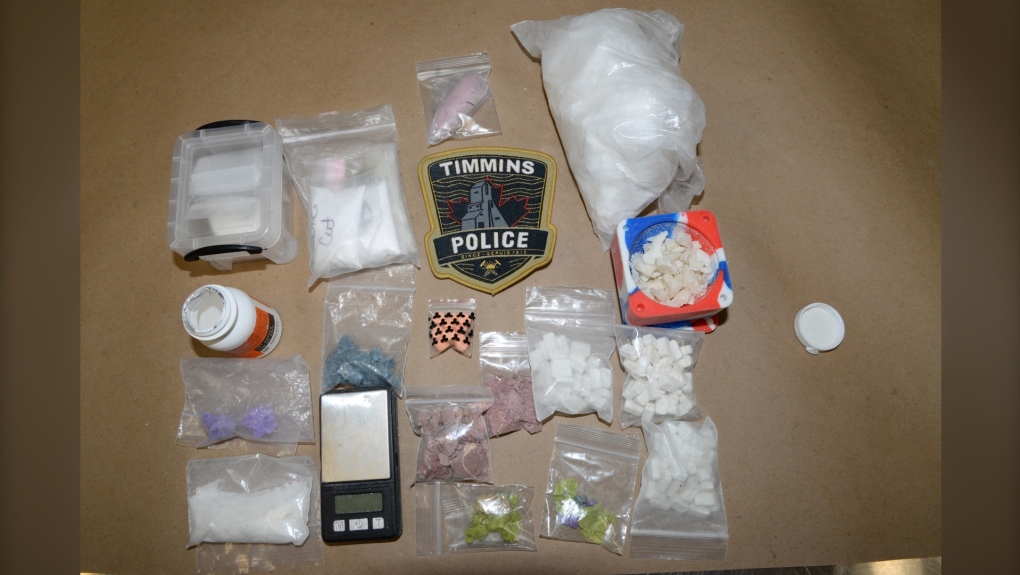 Police executed the warrants yesterday morning at residences on Kirby Avenue and Joseph Street where they seized a number of drugs including:

Police also seized a .22 caliber handgun and over $5,000 in Canadian currency.

As a result of the search and seizure on Joseph Street, police have charged a three Timmins residents with the following:

One of the accused faces additional charges of Personation with Intent to Mislead, 3 counts of Failing to Comply with Release Order.

A 26-year-old Windsor man from and a 25-year-old man from Richmond Hill were also arrested on trafficking charges as result of the search and seizure executed at the Kirby Avenue residence.

Both men were also in possession of property police said was obtained by crime.

Another two residents were arrested and the scene as both has outstanding arrest warrants from other unrelated incidents.

All individuals were schedule to appear in bail court this morning.