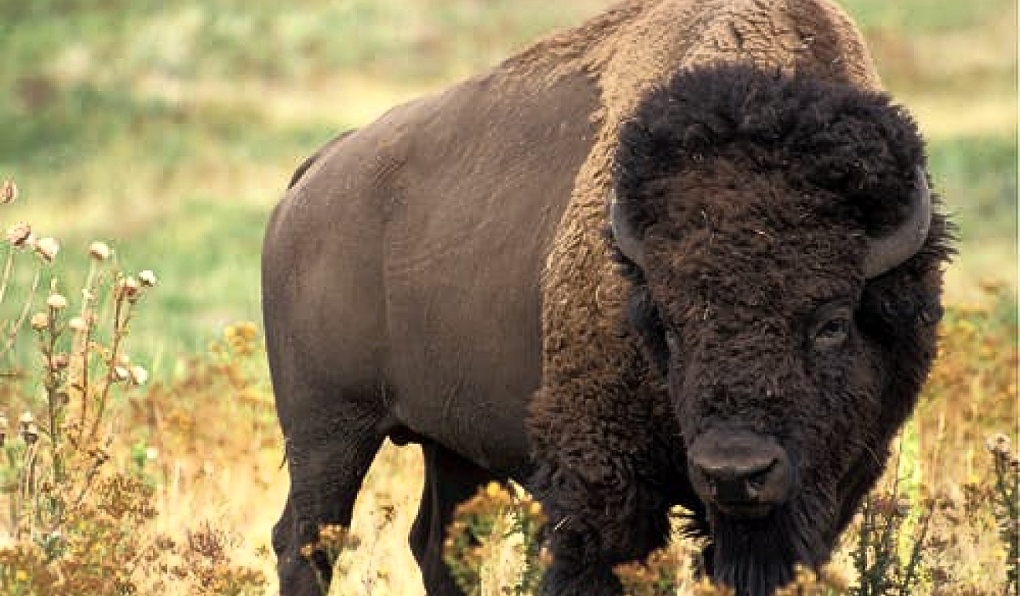 A bison found on the property of Cedar Meadows Resort and Spa in Timmins is causing some people in the area to take risks to get a closer look.

SUDBURY -- A bison found on the property of Cedar Meadows Resort and Spa in Timmins is causing some people in the area to take risks to get a closer look.

The Timmins Police Service said in a news release Tuesday that six teenagers jumped a high metal fence surrounding the resort and spa May 2 in an attempt to see the bison.

Not only is that trespassing, police said bison are unpredictable and will attack in certain circumstances.

"The suspects are not being sought at present so as they do not indulge in this sort of foolish activity any further," police said Tuesday. "The singular focus here is public awareness."

In a post on their Facebook page, Cedar Meadows said the young people likely didn't realize the potential danger.

'They can and will attack'

"Although bison usually appear peaceful, unconcerned, even lazy, they can and will attack," the post said. "They can move at speeds up to 56 km/h and cover long distances. This is especially true if a calf is around! They are extremely protective of their young."

"The herd exhibits restlessness during breeding season, (which is almost upon us) and can result in unpredictable temperament," the post added.

Bison are the biggest mammals in North America, and can stand six feet tall, 12 feet long and weigh up to 2,000 pounds.

Timmins police said it wanted to join the resort in "their efforts to educate these misguided individuals."

"Natural curiosity is one thing, but this type of activity is obviously unsafe," police said. "Parents and guardians are asked to educate any young people at home that these actions are not welcome as the severity of these actions may not be clearly understood."