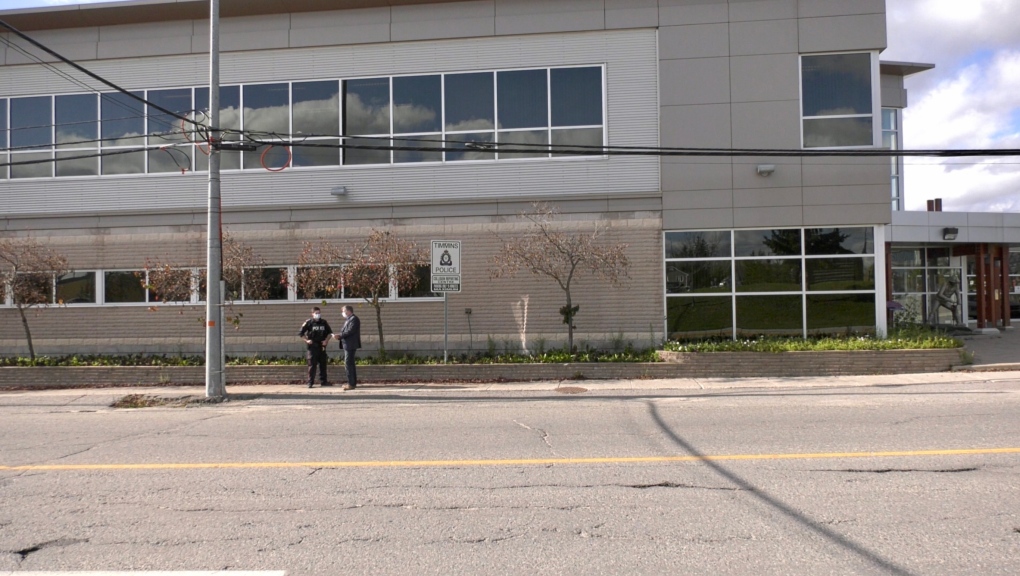 A new sign will be put up soon in front of the Timmins Police Station on Spruce Street South. That's where people should park to conduct their exchanges which will be captured on surveillance cameras. Oct.15/21 (Lydia Chubak/CTV News Northern Ontario)
TIMMINS -

Soon, a sign will be put up to show people where to park.  It's a spot where police say people can feel safe as the exchanges will be captured on surveillance cameras.

“I believe every officer at this point has dealt with some sort of instance of fraud though either Kijji or buy and sell. It’s just the way the technology has evolved over time and this is the new crime and we need to stay on top of it in this manner," said Constable Joseph Depatie.

This gives one local man some relief.  Barry Gutcher said when he saw a similar service was offered in North Bay, he suggested it to Timmins Police.

“I thought it was a good idea cause you can meet anybody on the internet, right, and you know, a safe place where people can meet to exchange things as opposed to your home-- it gives you your privacy.”

Officials said many people locally have been defrauded of money or goods and they want to prevent that.

“With the advent of COVID, people have entertained the idea of purchasing pets and the puppy fraud is very prominent in the Timmins area. The exact number of persons who’ve been defrauded is tough to determine because not all frauds are reported to the police,but nonetheless this is a common aspect of fraud.”

Depatie said people don't have to wait for the sign to be put up as the surveillance cameras are already working and the duty officer inside is also keeping an eye on the area.

He added that no appointment is necessary to conduct any exchanges and if anyone runs into any problems, the police are close by to help.