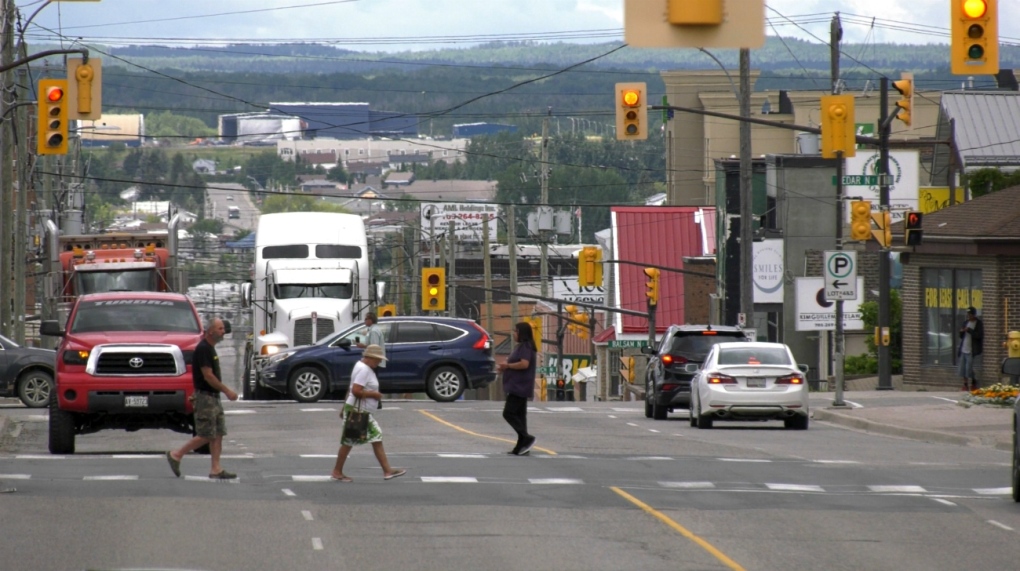 Timmins Police are reporting an increase in the number of people using drugs and then taking to the roadways in the city. As the Civic holiday weekend approaches, police are issuing yet another reminder to drive sober. (Lydia Chubak/CTV News)

TIMMINS -- Timmins Police are reporting that nearly half of the people charged for impaired driving since Jan. 1 were driving high and, in some cases, were driving both drunk and high.

They say they are disturbed by the statistics, since the number of charges have almost reached 2019's total and there are another five months left in 2020.

As another summer holiday long weekend is upon us, the statistics are another reminder not to drive while under the influence of alcohol or drugs.

"We're receiving calls via 911 from concerned motorists," said Marc Depatie, communications coordinator for the Timmins Police Service. "As well, we've responded to a number of collisions. One in particular involved a motorcycle that struck a tree. That person was effectively just dusting themselves and about to leave the scene when the police arrived."

This is the second time this year police are raising the alarm about the number of impaired driving charges. They're worried that 2020 is on track to surpass last year.

"We're hopeful to make some form of pubic appeal with persons that they have to be mindful that the ingestion of substances, legal or not, when you take to the wheel afterwards, there's a criminal aspect that applies," said Depatie.

Representatives of Mothers Against Drunk Driving in Timmins are also concerned about the latest numbers, but expressed relief to hear their 'Campaign 911' is working.

"Our police patrol the streets, but they can't be on every street all the time and this is our way of doing our part and keeping our community members safe," said Amy St. Amour, president, MADD Timmins & Area.

"So if you see a suspected impaired driver, call 911. The dispatchers are there to take the call."