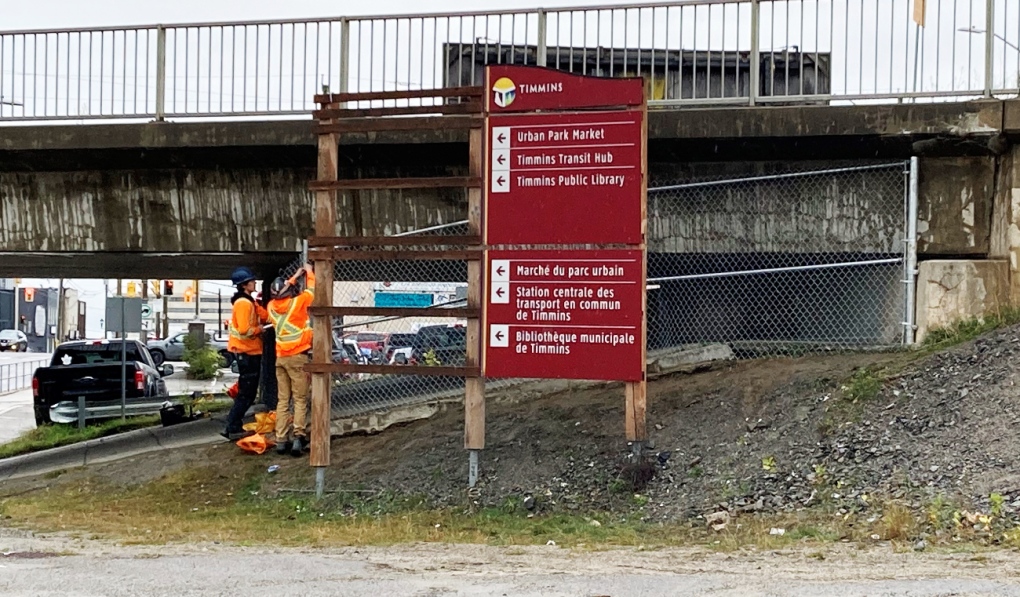 Officials in Timmins are hoping that a fence being erected around the will discourage vulnerable residents from gathering under the overpass on Algonquin Boulevard. (Lydia Chubak/CTV News)

Officials in Timmins are hoping that a fence will discourage vulnerable residents from gathering under the overpass on Algonquin Boulevard.

The area was cleared out late last week and the hope is the chain-link fence will ensure the area remains clear.

Around 10 people had been seen sleeping in the area. CTV News first reported on the encampment in August and this is the second time people have been relocated since then.

Timmins Mayor Kristin Murray said Monday that safety was the primary reason why the area is being fenced off.

"The decision was made simply because, you know, we want to make sure that individuals in our community stay safe," Murray said.

"That's really how that decision came to be."

She said housing solutions are needed longer term, something they are having conversations about now. But shorter term, Murray said "the hard decision" to clear the area for safety reasons.

The problem has been ongoing during the summer and Murray said it was important to deal with it before winter sets in. They have been working with social service agencies to ensure services for those who need it.

"I would hate for people to be out in the cold," she said.

"So that's why … it was sort of like a staged approach, having conversations with our community partners (about) how we can ensure that individuals are seeking the appropriate services."