Timmins, Ont., woman who had chiropractor treat her diabetes ends up in a coma

Timmins, Ont., woman who had chiropractor treat her diabetes ends up in a coma 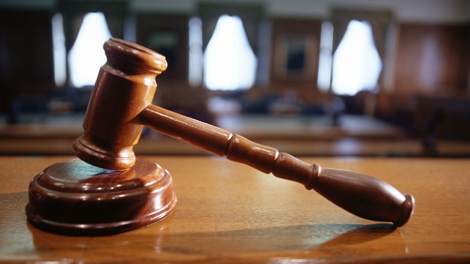 A professional health standards review committee is calling for a review of sanctions for a Timmins chiropractor whose patient ended up in a diabetic coma. (File)

A professional health standards review committee is calling for a review of sanctions for a Timmins chiropractor whose patient ended up in a diabetic coma.

An initial review of the case by the Inquiries, Complaints and Reports Committee ended with the chiropractor being issued advice to adhere to the scope of practice for chiropractors under Ontario law.

The transcript of the appeal said the female patient went to the chiropractor in October 2018 “to help understand diabetes.” The woman, who had type 1 diabetes, remained his patient until November 2019.

“During this period, the patient and the respondent exchanged numerous text messages, including messages regarding blood sugar, insulin and the patient’s insulin pump,” the transcript said.

On Nov. 10, 2019, she was feeling unwell and went to the chiropractor’s house, because the clinic wasn’t open.

“The patient provided information that during the Nov. 10 visit, she was at the respondent’s house for approximately one hour during which time he gave her vitamins, water and treated her with the activator,” the transcript said.

“She vomited three times during her visit ... the respondent assured the patient when she began vomiting that this was normal, advised that the vomiting was a good thing as it meant that the acidity was leaving the patient’s body, told the patient to continue drinking water and did not seem concerned.”

But on the morning of Nov. 11, she was unresponsive and hospitalized for severe ketoacidosis due to high blood sugar levels due to lack of insulin intake.

The initial review concluded that the chiropractor did not cause the diabetic coma, it was a malfunctioning insulin pump.

However, the appeals board concluded that the chiropractor was not taken to task for not recognizing the seriousness of his patient’s symptoms.

“There is no analysis in the decision regarding whether the respondent met the standard of care required of a chiropractor in failing to advise the patient to seek further medical attention on Nov. 10,” the appeals board said.

“The board finds that the information in the record supports that the patient informed the respondent that she was feeling very unwell on Nov. 10 before the visit, she continued to feel unwell during the visit vomiting several times, she was likely suffering from the early stages of ketoacidosis given her condition and hospitalization the following day, and the respondent did not advise the patient to seek medical attention.”

The board failed to address the standard-of-care issue in its first decision, the appeals body said, in particular the fact he didn’t “recognize the severity of the patient’s condition” and advise her to get medical care.

So it referred the issue back to the Inquiries, Complaints and Reports Committee to issue a new decision in the case.

Radioactive capsule that fell off truck found in Australia

Authorities in Western Australia on Wednesday recovered a tiny but dangerous radioactive capsule that fell off a truck while being transported along a 1,400-kilometer (870-mile) Outback highway last month in what an official said was like finding the needle in the haystack.

A new report from the Heart and Stroke Foundation of Canada is highlighting 'significant inequities' in women's health care that is disproportionately affecting racialized and Indigenous women, members of the LGBTQ2S+ community and those living with low socioeconomic status.

A suspect in a violent kidnapping in Oregon died of a self-inflicted gunshot wound Tuesday night after being taken into custody following a standoff with law enforcement, a police spokesman said.

Andrew Tate, the divisive influencer and former professional kickboxer who is detained in Romania on suspicion of organized crime and human trafficking appeared at a court in Bucharest on Wednesday to appeal against a second 30-day extension of his detention.

The backlog of airline complaints to the Canadian Transportation Agency since December's travel chaos balloons by thousands, a Conservative MP raises concerns over the government's quarantine hotel spending, and a Toronto man raises money for charity after spending 24 hours in a diner due to a lost bet. Here's what you need to know to start your day.