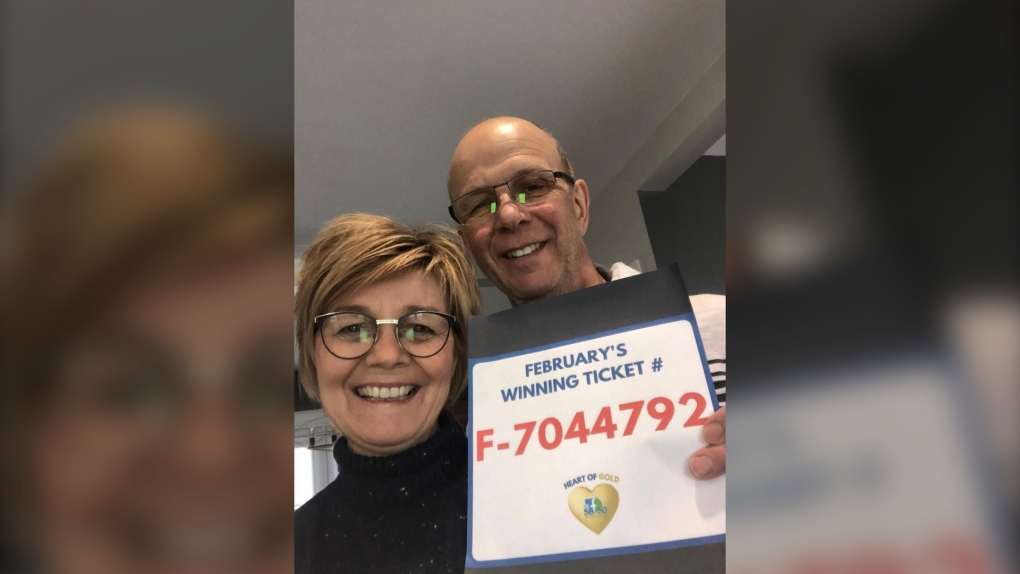 The winner of the Timmins Hospital Foundation's February 50/50 draw, Sylvie Bégin, a hairdresser from Hearst, was cutting a client's hair when she received the good news. (Supplied)

SUDBURY -- The winner of the Timmins Hospital Foundation's February 50/50 draw was cutting a client's hair when she received the good news.

Sylvie Bégin, a hairdresser from Hearst, said she was in disbelief when she received the news she had won $279,932.

"She didn’t believe it was true at first, then all we could hear on her end of the line was a tremendous amount of excitement and congratulatory screaming," the foundation said in a news release Monday.

"She quickly ran home to get her tickets and confirm with her husband Raymond that she did in fact win. Then (she came) back to work to enjoy the rest of her day with an amazing story to tell to her clients."

Bégin said her initial plans are to invest some of the money in her daughters' post-secondary education.

Hospital Foundation Executive Director Jason Laneville said in the release that the monthly 50/50 draws have been a game-changer for the hospital.

"The hospital's equipment needs are great -- nearly $40 million is required in the next five years alone," the release said. "Without the success of this fundraiser, we wouldn't be able to put a dent in this priority list."