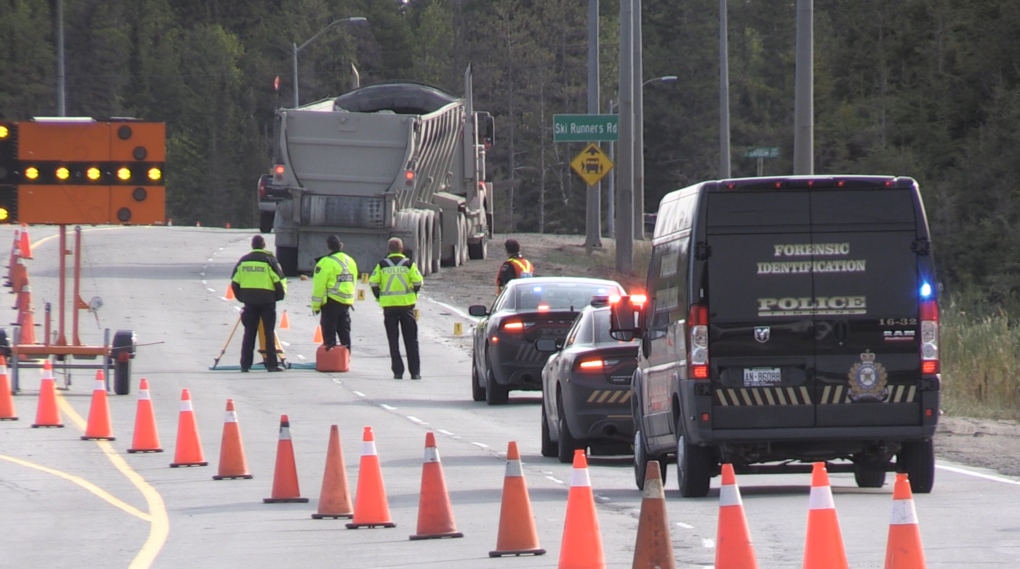 The early morning crash on Highway 101 between a transport and a cyclist has turned deadly.

Timmins police say an eastbound tractor-trailer hit 59-year-old Robert Morin, of Schumacher, while he was on his bicycle also travelling east.

Morin was taken to hospital with serious injuries and was later pronounced dead.

"The collision site, located just east of the east intersection of Father Les Costello Drive and Highway 101, remains under the control of the Timmins Police Service – Traffic Section," police said in a news release Tuesday afternoon.

In an emailed statement, Marcel Cardinal, director of environmental and sustainability at Lake Shore Gold said:

"Lake Shore Gold, a subsidiary of Pan American Silver, was advised that one of our contractors was involved in a vehicular incident involving an individual along Highway 101. At this time, we are still gathering information on the incident and wish to express our thoughts for the individuals involved and their families."

Technical traffic collision investigators and forensic identification officers are working together to analyze the scene and determine the cause of the collision.

Police are recommending motorists use alternate routes and to expect traffic delays until mid-afternoon.

The tractor-trailer involved will go through a thorough mechanical fitness inspection.

Anyone with information or who witnessed the crash is asked to contact police or Crime Stoppers.

Timmins police say traffic is being diverted on Hwy 101 east of Schumacher after an early morning crash between a cyclist and transport.

Motorists should expect delays and use alternate routes as available.

No word on injuries or cause.

Check back for updates as more details become available.

An early morning collision involving a tractor-trailer unit and cyclist will result in traffic delays on Hwyw 101 east of Schumacher for the better part of this morning.
The use of alternate routes is recommended. pic.twitter.com/HHQ262sXKE