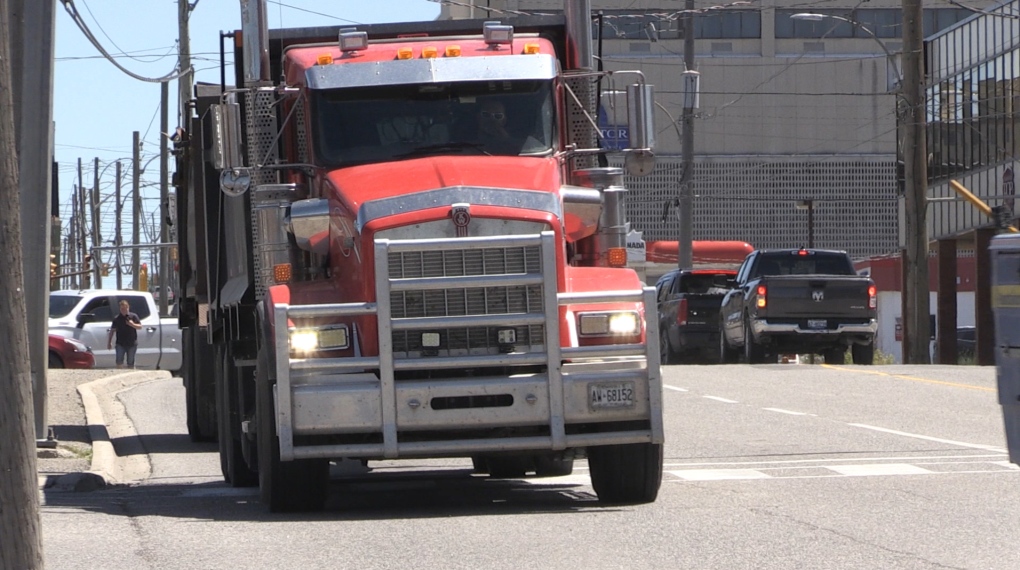 The hope lies in a recent council motion to update the city’s heavy traffic lane bylaw to keep large industrial vehicles on the right-hand shoulder lane as they pass through.

“Obviously the weight of these transports going through the community is part of their jobs but we, the taxpayer, are paying for it,” said Curley, who brought the idea to council Tuesday and worked with staff on the updated bylaw.

“We can’t keep up. So by doing this, I’m hoping to extend the life (of the road) and restrict the damage to one lane.”

The city’s been in a tough financial spot, Curley said, with no provincial funding to cover the costs of this year’s planned phase for reconstruction.

And with only one contractor bid coming in over budget, Curley said the city is only able to do emergency maintenance, which will end up costing more in the long-term.

The updated bylaw will come into effect once the city puts up new signs telling heavy trucks to stick to the curb lane, which Curley said should happen by the end of July.

Even so, the public works manager in charge of the city’s roadwork, Ken Krcel, told CTV that extending the heavy traffic lane won’t be a major help.

“The curb lane takes the majority of the traffic anyways, so I don’t believe it’s going to lessen the amount of work that we need to do to patch potholes or do repairs on the road a lot,” Krcel said.

Both Curley and Krcel maintain the long-term solution is to find a way to detour heavy traffic weighing more than 5,000 kilograms off the connecting link, either by building a bypass or repurposing underused roads for industrial use only.

Until then, if the heavy traffic lane doesn’t provide any relief, Curley said he would have to propose limiting the loads transports can carry by half — which would also mean double the number of trucks on the road and added cost for those businesses.

It’s not ideal, he said, but with limited funding, the city has few options.

“If we can’t continue to upgrade and fix our present system, our infrastructure is going to break and it’s going to cost us more and more.”