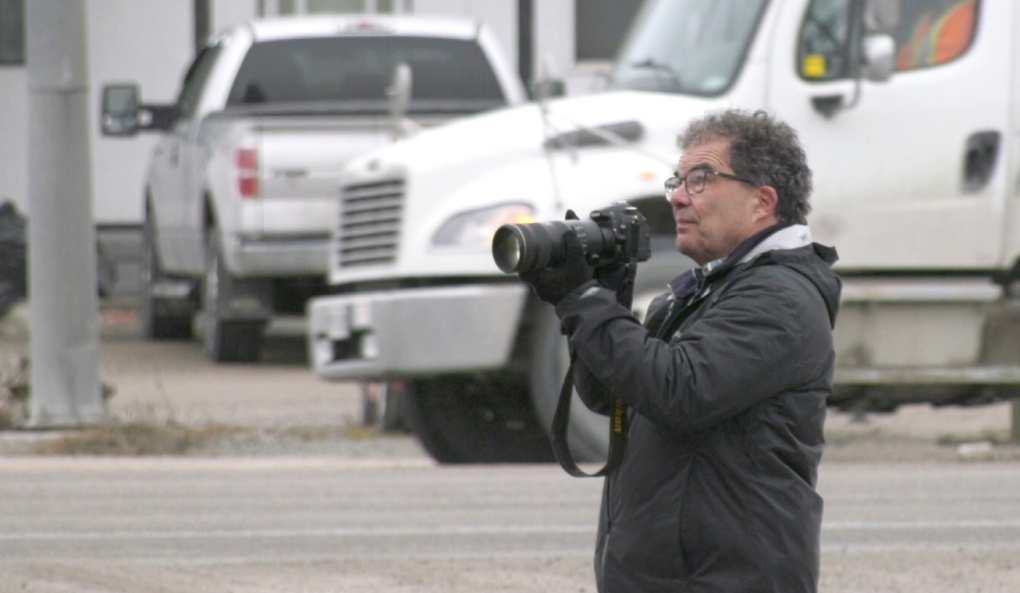 Brian Jones of Timmins is looking for possible locations that film producers would find conducive for making movies in Timmins. (Lydia Chubak/CTV News)

Through the CION database, a resource for finding people in the industry in the north, the city has discovered a local photographer. He's been assigned to scout potential local locations that would serve well as locations for films.

As part of a training workshop, Brian Jones has been assigned to take photos of historic landmarks and iconic buildings. The McIntyre Community Centre is one of his top picks.

“I walked around the building and shot pictures of the siding, the little industrial catwalk where the air conditioner is, the double doors without handles, the vines, everything," Jones said. "You never know what a producer might be looking for and so my job is capture every little nuance of whatever I'm shooting."

Since January, he's been combing the city looking for backdrops that will help Timmins land more film and TV productions.

"If it sounds like it’ll work in Timmins, they’ll send me out to photograph it and that goes to the producers and they’ll look and decide if they’ll pursue it or not,” he said.

Noelle Rinaldo, who works as the director of community economic development for Timmins, has weekly meetings with film producers in Los Angeles.

“One of the big things that we look at when we’re pitching is the fact that everything is so close," Rinaldo said. "So you can have everything within 15 to 20 minutes or even half an hour, which is considered really close in southern Ontario. You could be going out in the bush to film and be right back in town where the hotels are in 10 or 15 minutes. That’s a really big selling point that we can bring.”

Rinaldo said so far, Timmins is making a name for itself with filmmakers. She said a car commercial was recently shot here and Jones said he photographed a location that might be a scene in a mountain climbing flick.