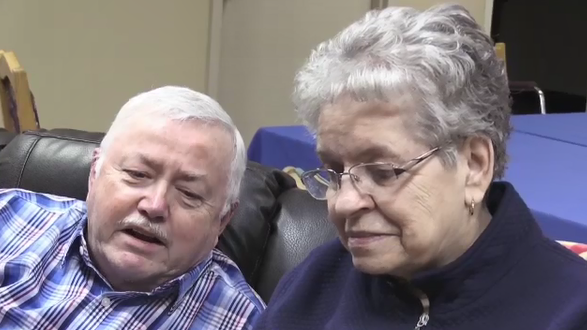 TIMMINS -- September is World Alzheimer's Month and a Timmins caregiver is being recognized for his advocacy work and commitment to his wife who lives with the disease.

Claude Martel is a member of the board of directors for Alzheimer's Society of Timmins-Porcupine District and offers support to others. His strong commitment is what has prompted officials to give him the Monica Bevil Award this year—named after one of the founders of the local branch. 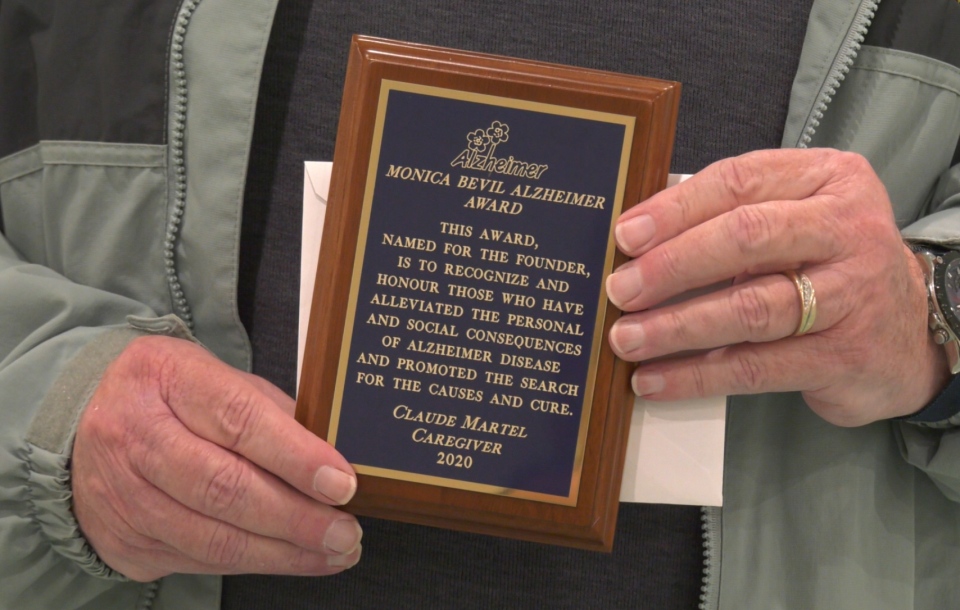 "All the information, nobody gives it to you, you have to go look for it. If somebody can give it to you right away, it helps out quite a bit," said Claude Martel.

Martel is sharing what he has learned with others affected by Alzheimer's.

"He has really used our services, taken advantage of the support that we've offered; not to mention being an advocate and sharing the work that we do and sharing the services that we offer so that other people can get help," said Tracy Koskamp-Bergeron, executive director of Alzheimer's Society Timmins-Porcupine. "He's also an amazing peer mentor. He takes an active role in supporting people who are just beginning or walking through the disease as well."

"And if I can help somebody else that's a big thing… it makes me feel good after," said Martel.

Local officials appreciate everything he does because they said many people in northeastern Ontario live with the disease.

"In the Temiskaming and Cochrane Districts, the numbers show that there's over 3,000 people right now that have a diagnosis. We're serving only a fraction of those and that's just the person with the diagnosis. So, Alzheimer's disease doesn't just affect me if I have it. It affects myself, my children, my friends, my family, my community," said Koskamp-Bergeron.

Because of the pandemic, the local Alzheimer's Society said it lost out on $60,000 in fundraising this summer. As a way to make up for the loss, they are hoping to raise $40,000 with its new 'Things Can Only Get Better' raffle.