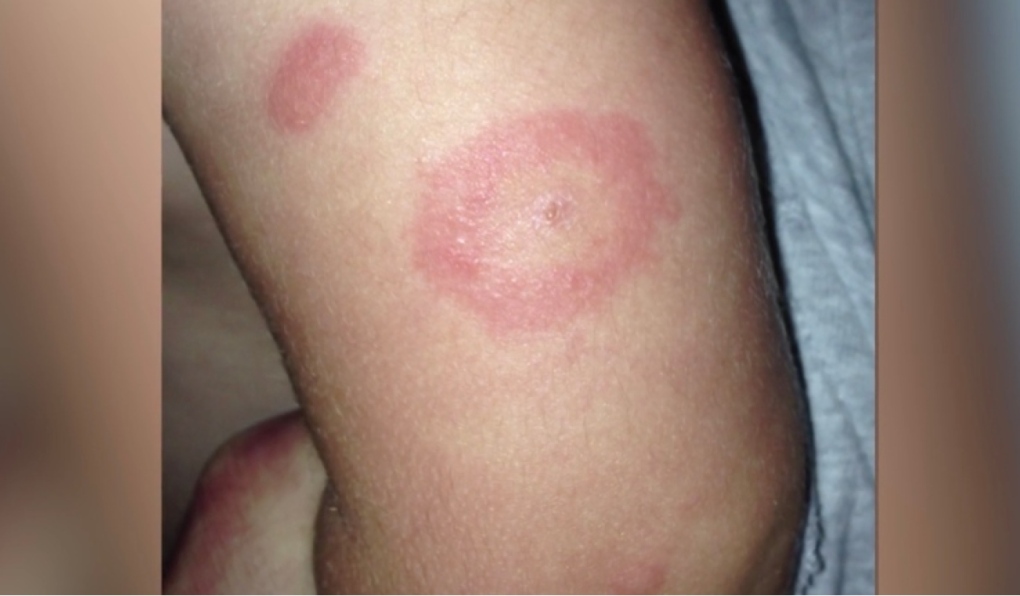 The North Bay Parry Sound District Health Unit said Tuesday that since April 2021, three black-legged ticks found in the district have tested positive for the bacterium Borrelia burgdorferi, a bacteria that can cause Lyme disease. (File)

NEWS -- The North Bay Parry Sound District Health Unit said Tuesday that since April 2021, three black-legged ticks found in the district have tested positive for the bacterium Borrelia burgdorferi, a bacteria that can cause Lyme disease.

Two of the ticks that tested positive were from the North Bay area, and one was from the Parry Sound area, the health unit said in a news release.

So far in 2021, the health unit said 37 ticks have been submitted for identification, of which 19 have been identified as black-legged ticks. Although the number of ticks testing positive for the bacteria that can cause Lyme disease is seemingly low, the health unit reminds the public to exercise caution when outdoors.

"Black-legged ticks are not common to the area, however, ticks can travel on birds and deer," the release said.

In most cases, the tick must usually be attached for at least 24 hours for the bacterium that causes Lyme disease to be passed on to the host.

The most common symptom of Lyme disease is an expanding skin rash, which can appear between three and 30 days after a bite.

If left untreated, other symptoms may develop including fever, chills, headache, fatigue muscle and joint aches, problems with your heartbeat, breathing, balance and short-term memory.

• Use bug spray or other insect repellants that contain DEET or Icaridin.

• Wear long-sleeved shirts and long pants, and tuck your shirt into your pants and your pants into your socks.

• Search your clothes and body for ticks at least once a day, paying special attention to areas such as the groin, navel, armpits, scalp, behind ears and knees.

• Don’t forget to tick check children in your care.

• Try to stay on cleared paths when possible, as ticks are more commonly found in wooded areas, or in tall grasses, bushes and shrubs.

• Take a shower as soon as you can after being outdoors.

How to remove a tick

If you find a tick on your body, remove it carefully with tweezers. Grasp the tick by the head as close to the skin as possible. If parts of the tick’s mouth break off and remain in the skin, remove them with tweezers.

If you can’t remove the mouthparts, leave them alone and let the skin heal. Collect the tick, and make note of where you believe to have encountered it. See your health care provider right away, and when possible, bring the tick to the health unit.

Infected ticks are continuing to spread and can now also be found in the Simcoe-Muskoka district, York Region and all of Eastern Ontario as well as Hamilton and parts of Northwestern Ontario. For more information, including the Lyme disease risk area map, click here.