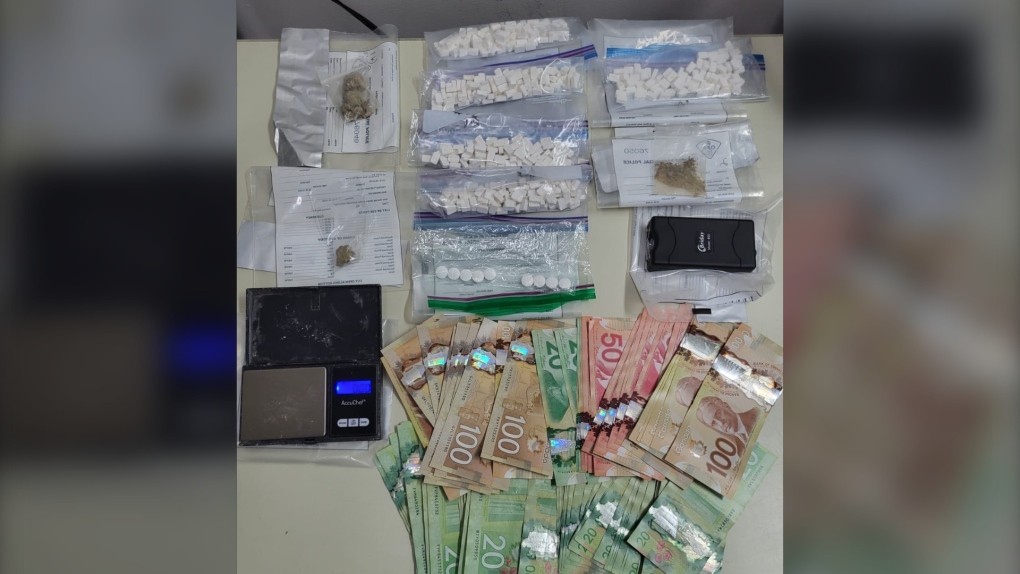 One man and two women from Cobalt, a small town south of Temiskaming Shores, have been charged after a raid exposing narcotics.

"Police seized Canadian currency, drug paraphernalia, a prohibited weapon, and drugs suspected to be fentanyl, methamphetamine, and oxycodone. Total street value of the seizure is estimated to be over $12,000," OPP said in a news release Monday morning.

The two women, 31 and 35, have been charged with drug trafficking.

The 35-year-old is also charged with possession of proceeds of property obtained by crime over $5,000, unauthorized possession of a weapon and having a firearm or ammunition despite a prohibition order.

A 42-year-old man is facing drug possession charges and failing to comply with a probation order.

All three were held pending a bail hearing and are scheduled to appear in court in Temiskaming Shores.