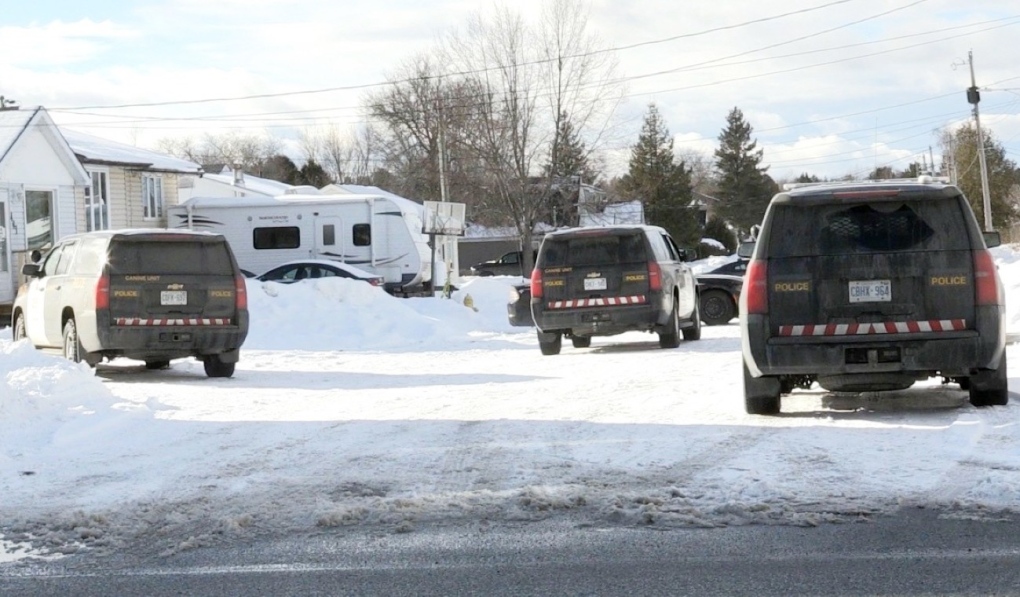 An incident that began on Albert Street in Espanola (pictured) ended when Sudbury police arrested three people Thursday. Police have still not released details regarding the incident. (Molly Frommer/CTV News)

SUDBURY -- Three people have been arrested in connection to a shooting in Espanola on Thursday.

According to the Ontario Provincial Police (OPP), the three suspects were apprehended in the Greater Sudbury community of Lively a short time after the incident.

It happened on Albert Street at around 10 a.m. Thursday morning. One person was sent to hospital with life-threatening injuries.

As a result, an 18-year-old, a 19-year-old of Brampton and a 20-year-old of Markham have been charged with attempt to commit murder as well as a break and enter charge.

All three appeared in court Friday and remain in custody.

As the investigation continues, the OPP are still looking for two additional persons of interest who allegedly left the residence after the shooting.

The first person is described as a male with a heavy build, was wearing light coloured cargo pants and a blue jacket with a hoodie.

The second individual is also male who was wearing a brown jacket and a black toque.