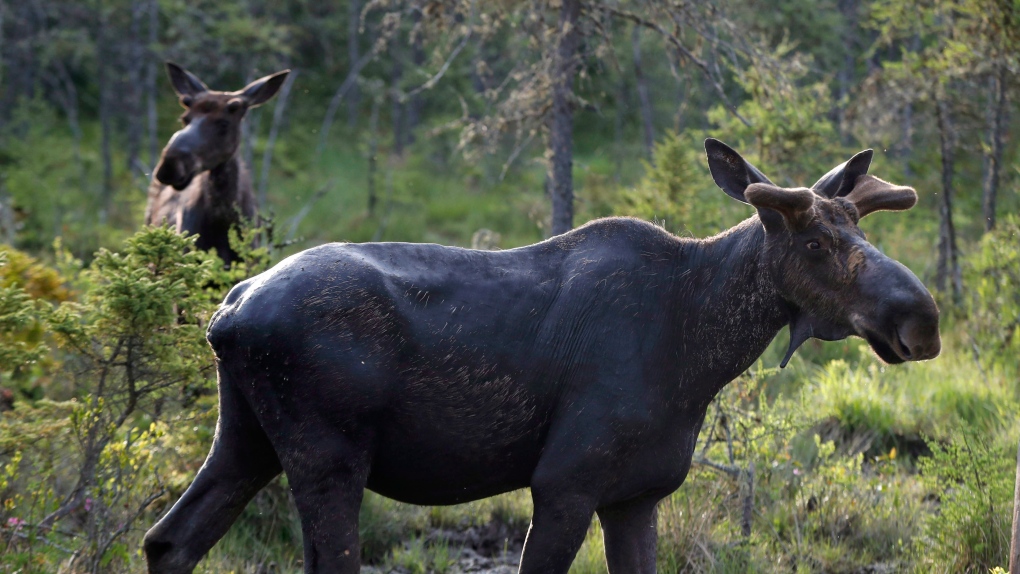 Three Cochrane men have been fined in connection with moose hunting violations that took place in October 2018. (File)

SUDBURY -- Three Cochrane men have been fined in connection with moose hunting violations that took place in October 2018.

In a news release Friday, the Ministry of Natural Resources and Forestry said the fines total $9,500, and reminded hunters they require a valid licence to hunt moose.

"It is illegal to place a tag on a moose harvested by another hunter that is not part of the same hunting party," the release said.

Cody Smith-Papineau pleaded guilty and was fined $3,500 for hunting big game without a licence and $1,000 for unlawfully invalidating a tag. He also received a two-year hunting suspension and permanently forfeited his firearm to the Crown.

Hans Tverdal pleaded guilty and was fined $2,000 for unlawfully invalidating his moose tag and $1,000 for transporting unlawfully killed wildlife. He also received a one-year hunting suspension.

Christian Tverdal pleaded guilty and was fined $2,000 for unlawfully invalidating a tag.

Court heard that conservation officers received a tip that Smith-Papineau had harvested a cow moose on Wolf Lake Road, northwest of Cochrane, on Oct. 19, 2018.

"The investigation determined that Smith-Papineau did not have a licence to hunt moose at the time he harvested the cow, and that he contacted Hans Tverdal that evening at his home to come and place his cow tag on the moose," the ministry said.

"Hans and Christian Tverdal met Smith-Papineau on Wolf Lake Road to attach the tag to the illegally harvested cow and transported the moose to a nearby residence."

Justice of the Peace Francois Cloutier heard the case in the Ontario Court of Justice in Cochrane on Dec. 17, 2020, via teleconference.

To report a natural resource violation or provide information about an unsolved case, members of the public can call the ministry TIPS line toll free at 1-877-847-7667 or contact their local ministry office. You can also call Crime Stoppers anonymously at 1-800-222-TIPS.