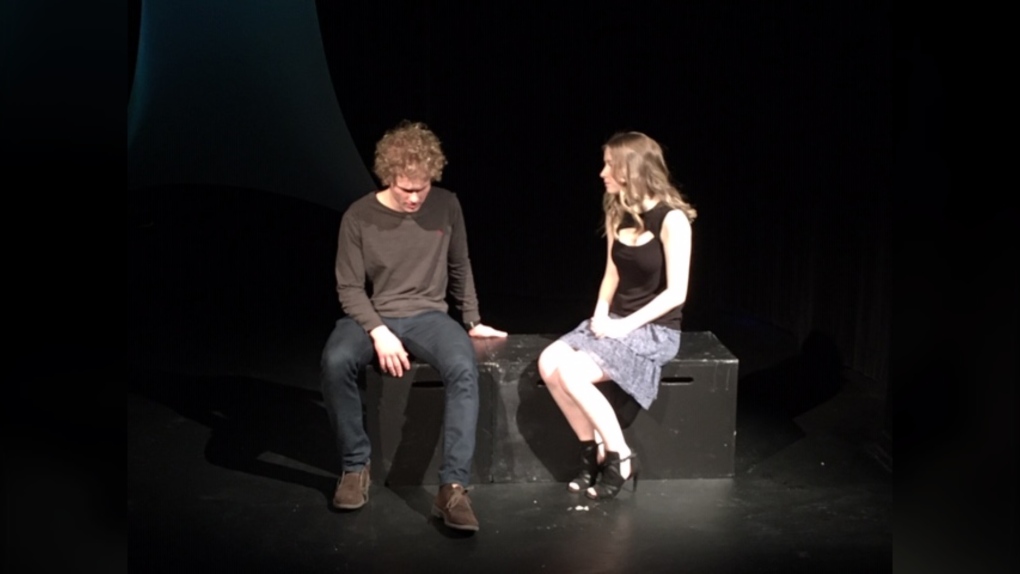 A new federation funding formula for Laurentian University paired with a 10 per cent reduction in tuition fees that was mandated by the provincial government has resulted in a significant revenue loss for Thorneloe according to officials. February 28/2020 (Alana Pickrell/CTV News Northern Ontario)

SUDBURY -- There will be some big changes at Thorneloe University for this upcoming academic year as the school announced the closure of two programs.

The decision was made on April 23 to close both the Theatre Arts and Motion Picture Arts programs.

"It's a gigantic loss to me, it was just kind of this moment where I stood in my living room, talking to my roommates, knowing this had happened and I just... it dawned on me that I am going to be one of the very last students of theatre at Laurentian ever," said Nina Cochrane, a theatre and preforming arts major student.

President Dr. John Gibaut said it was a decision that had to be made.

"Both programs are highly valued and this decision was not taken lightly. It is a result of significant financial pressures which have necessitated a review of our operating budget," Gibaut said. "One of the saddest things I think can happen in a university is when programs need to be closed. And that was the situation that Thorneloe has found itself in."

A new federation funding formula for Laurentian University paired with a 10 per cent reduction in tuition fees that was mandated by the provincial government has resulted in a significant revenue loss for Thorneloe according to officials.

Although the closure is expected to help with the financial burden, Gibaut said it will not solve the problem.

"Closing these programs will bring us closer to a balanced budget for 2020-2021, but it will not enable us to fully align our expenditures with our revenue," said Gibaut.

Details are currently being worked out for students who are already enrolled in these two programs so that they can still complete a Laurentian University degree. However, faculty might be facing more difficult news.

Patricia Tedford, department chair of the theatre department, said although it isn't official yet, faculty have been told job losses are on the way.

Tedford said there are two full-time staff members and about 11 part-time who will be impacted by these closures.

"Thorneloe University arts have been here for many many years and we have provided the Sudbury community with some awesome theatre," said Tedford. "Theatre that makes people honk and feel and reflect on what the world is. I these times of COVID, I think we're going to find that we need theatre and we need connection more than ever."

Even as the faculty and students deal with the hard decision, many believe that it will be a loss for the entire city.

"This is just such sad news for Thorneloe, for the Laurentian community, and for the wider Sudbury community," said Gibaut.

Gibaut said the decision has been looming for the last year after the new funding formula was created. But it still was a shock to those directly impacted that it will be cancelled after the 2019/2020 academic year.

As one of the program's final students, Cochrane said she wasn't totally taken aback by the news. "I'm very surprised," said Cochrane. "But also, I kind of saw something like this coming. At least a downsize of the program, but not the cancellation of the entire program."

"I did not expect this to happen so quickly," said Tedford. "I suspected it might happen down the road."