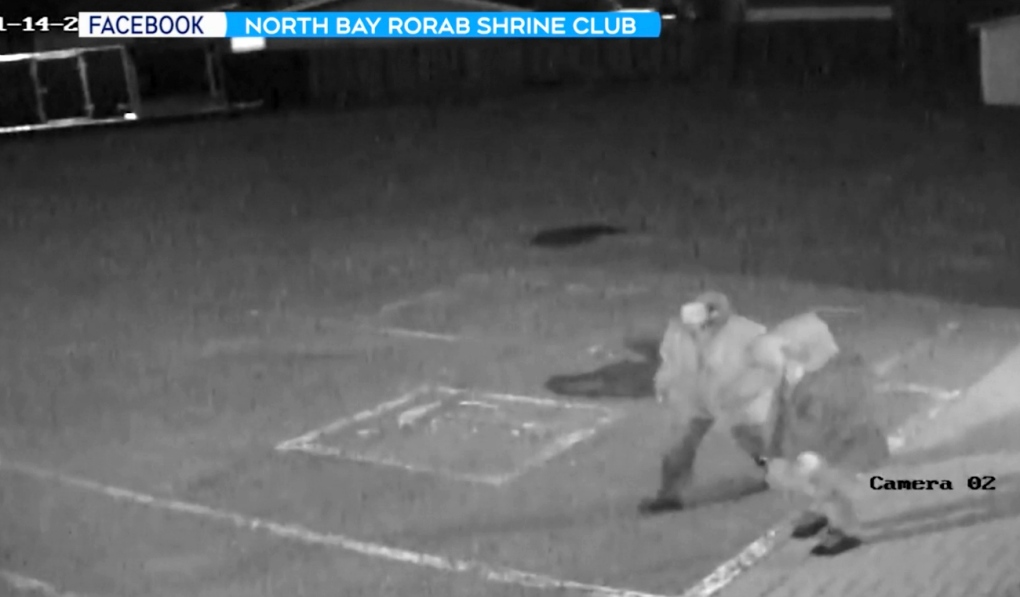 The club's security camera caught two people at around 1:30 a.m. on Nov. 14 carrying bolt cutters, approach the sheds and trailer and cut the locks. (Supplied)

NORTH BAY -- The North Bay Rorab Shrine Club is upset after two Holiday grinches broke into its sheds and trailer making off with a box of charity Christmas cookies that were to be sold to raise money to help kids with disabilities.

City police are asking for help to find those responsible. The money raised from cookie sales goes to cover medical costs and treatments for local children who have a physical disability.

The club's security camera caught two people at around 1:30 a.m. on Nov. 14 carrying bolt cutters, approach the sheds and trailer and cut the locks. The cookies were stolen from the trailer, while McDonald said nothing was taken from the sheds.

North Bay Police have seen the security footage and have opened an investigation.

“If you have any information, call our office and speak to a police officer and pass on the information,” said North Bay Police Const. John Schultz. "It's very valuable. This is the type of crime that we want to solve."

The Shrine club has helped 30 local children in the last 15 years, covering their medical care and treatment at the Shriners Hospitals For Children in Montreal. Some of the common disabilities they help cover include Osteogenesis Imperfecta, Spina Bifida, Scoliosis and burn injuries.

There are no suspects at this time.

“It was a targeted theft,” sad Schultz. “We're hoping this will generate response from our community."

The club has a simple message for the thieves.

"We would hope they would come by, leave an anonymous donation and say they were sorry,” concluded McDonald.

Anyone with information about the theft is asked to call North Bay Police or if you wish to remain anonymous, you can call Crime Stoppers.