The story behind the golden bike

September is national childhood cancer awareness month and a Sudbury woman wanted to do something in her own neighbourhood.

Melanie Moreira and her daughter, Olivia, who is a cancer survivor, decided to paint a child's bicycle gold, because it is the colour designated to highlight childhood cancer.

Olivia was diagnosed at age one with the very rare type of eye cancer known as retinoblastoma,

Even though she's in full remission now, it hasn’t been an easy journey.

"A lot of travelling back and forth to Sick Kids and the hospital and it was tiring at times," said the young cancer survivor.

Her mother says after the diagnosis, they had to make trips to Toronto every three weeks for three years.

"She was treated with chemotherapy and cryotherapy, which is a treatment under anesthesia, probably close to 40 times,” said Melanie.

Even though Olivia is healthy again, the family says it's a battle you never forget.

"It’s something you just, even though you fought and won the battle, doesn’t mean the emotions still aren’t attached to it," said Melanie.

This is why the pair decided to paint a bike gold. 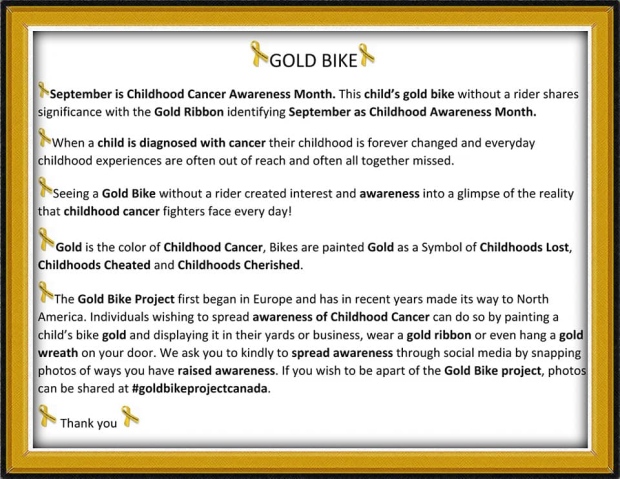 "We thought it would be a nice idea to place it at the entrance of our neighbourhood just so people could be curious about what this old bike is and what it means. Not only did my daughter have cancer, but our neighbour, their little guy is fighting leukaemia right now," said Melanie.

The bike will be on display for the entire month of September with a goal to raise awareness and to emphasize the need for donations to the Northern Ontario Families of Children with Cancer. NOFCC is a group that supports roughly 200 families annually.

"For NOFCC, funds that are raised go towards helping families as they travel for treatment, and the issues that they will have behind their treatment. We cover things like parking and accommodation, transportation, emergency funding, palliative care support, we provide meals, housekeeping, and pay for funeral costs,” said Dayna Caruso, the executive director of NOFCC. 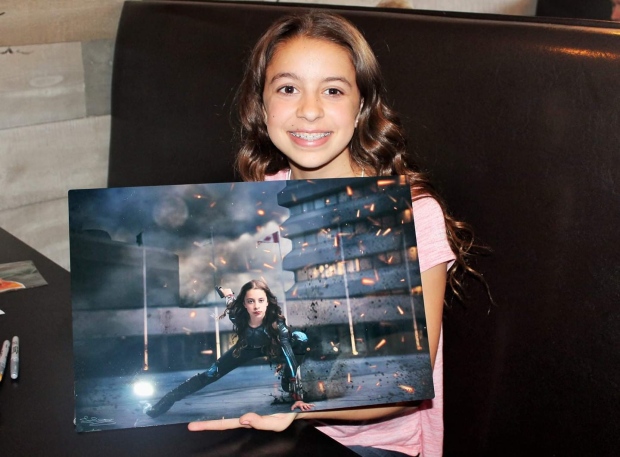 Statistics show that every six minutes, a child is diagnosed with cancer in Canada, and every two minutes around the world. And two out of three survivors will suffer long-term side effects from the treatment.