'The seriousness of the offence is undeniable': Espanola man sentenced for fatal 2018 hit-and-run

A northern Ontario judge has sentenced a 66-year-old Espanola man to house arrest for fleeing the scene after hitting a pedestrian walking on the side of a Manitoulin Island road in December 2018.

More than two years ago, 67-year-old Joseph Thomas Neshkewe was walking on Wikwemikong Way in Wiikwemkoong Unceded Territory wearing dark clothing on a snowy evening when he was hit and subsequently killed by a large cube van driven by licensed commercial driver Raynald Perron. 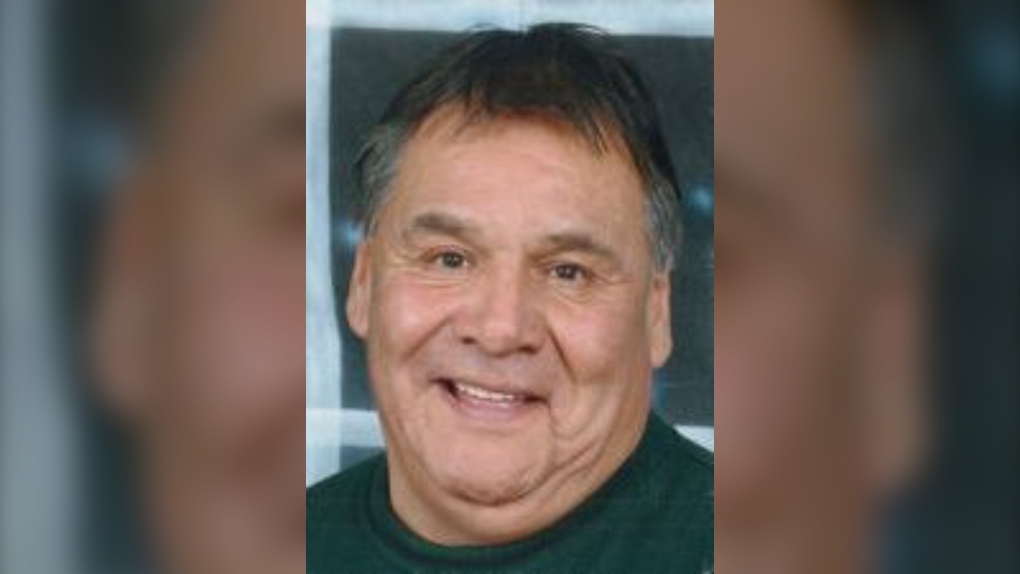 Thomas Neshkewe, 67, was hit and killed by a vehicle on Dec. 4, 2018 while walking on a Manitoulin Island Road. (Island Funeral Home)

(Thomas Neshkewe, 67, was the victim of a fatal hit-and-run on Manitoulin Island. Source: Island Funeral Home)

Perron's vehicle – which was a rental -- crossed the centre line shortly before the collision, causing an approaching motorist to swerve out of the way, the court heard.

The police investigation determined that, after hitting Neshkewe, Perron stopped the van about 72 metres away for about 38 seconds, before continuing with his route. He did not get out of his vehicle to help or offer assistance. Instead, he panicked and went on with picking up mail in Manitouwaning, Little Current, and Espanola, not saying anything to coworkers about what had happened.

Originally, Perron was charged with causing death by criminal negligence, which was reduced to dangerous driving causing death, and then withdrawn.

Perron pleaded guilty to failing to stop at a scene of an accident involving death on May 20. He expressed deep remorse in a statement read to Neshkewe's family and friends during that Zoom hearing and asked for forgiveness.

The court heard that Perron knew what he had done was wrong and attempted to overdose on sleeping pills the day after the crash in an attempt to "give a life for a life."

He was not arrested until Dec. 7 after the rental truck was located in Blind River with damage to the right, front fender.

During the sentencing hearing on Tuesday, Judge Alexander Kurke delivered a 15-month conditional sentence to Perron who will not serve any jail time. He will be under house arrest for the first 12 months with several exceptions relating to medical treatment, counselling, emergencies and community service. During this time he is allowed to leave his home for two hours a day between the hours of 10 a.m. and noon. This will be followed by an additional three months where he can't leave his house from 7 p.m. to 6 a.m. except for medical and employment needs and then nine months of probation. He will also have an 18-month driving prohibition and 100 hours of community service.

"Human weakness drove (Perron) to conduct himself in a way that he will regret," Kurke said. "I am satisfied that a conditional sentence would satisfy the fundamental purpose and principles of sentencing in that it would denounce Mr. Perron's conduct, and deter others from leaving the scene of an accident; assist in Mr. Perron's rehabilitation and recognize his remorse; encourage Mr. Perron to work towards earning the forgiveness of the community, and the friends and family of Thomas Neshkewe."

Perron had no prior criminal record and several highway Traffic Act offences, which the judge considered during sentencing. Perron's three most recent convictions were for speeding in 2011 and 2015 and not wearing a seatbelt in 2005.

"(The sentence needs to) be proportionate to the harm that has been done by recognizing the appropriate range of sentencing, recognize the suffering of the many victims of this offence and not compromise Mr. Perron's personal health in a custodial facility during the current pandemic, given his health issues," Kurke said.

"This was a difficult case for all parties and hopefully provides closure to Mr. Neshkiwe’s family who has suffered a tremendous loss as a result of this tragic incident," Lefebvre said.