Terry Ames Care Fund car raffle is back in Sudbury 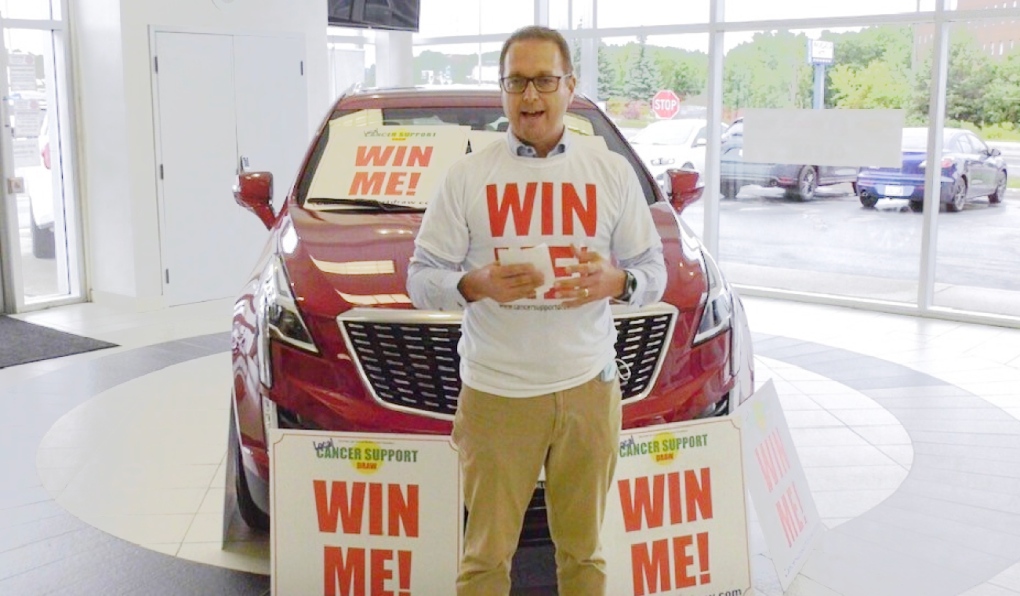 After a four-year battle with cancer, local Sudburian Terry Ames teamed up with the Northern Cancer Foundation to create an initiative to help support families fighting cancer. (Molly Frommer/CTV News)

SUDBURY -- After a four-year battle with cancer, local Sudburian Terry Ames teamed up with the Northern Cancer Foundation to create an initiative to help support families fighting cancer.

July 20 marks 10 years since Terry Ames beat non-Hodgkin's lymphoma and he continues to give back the Northern Cancer Foundation where he received treatment.

“I still remember that day like it was yesterday. I was sitting in my doctor's office and was told the cancer is gone. I remember calling my wife and sharing the news and all the emotions and how that felt,” said Ames.

“One of the big things we wanted to do was offer financial support so the fund was set up to provide people with ways to help pay their bills while going through cancer and we saw a need for people who needed support,” said Ames.

“When I talk to people who are going through cancer, I always say, 'picture your moment, picture that moment when you’re calling family and saying the cancer is gone,' and I say visualize that moment and that will help with your battle against cancer.”

The Northern Cancer Foundation said COVID-19 has been tough on patients.

“We’ve seen a huge uptake in use of the fund in the last six months to a year that patients are out of work, they don’t have the support, and they have to travel further,” said Tannys Laughren, executive director of the Northern Cancer Foundation.

"It’s causing a bit more of a financial burden."

Ames and the foundation hold a raffle event every two years and this year, there is a new Cadillac up for grabs.

Laughren said every dollar raised from the draw goes to the Terry Ames Care Fund.

Laughren said close to $500,000 has been raised over the years and more than 300 families have been supported through the initiative.

This year's tickets are only being sold online and the winner's name will be announced on Oct. 2.