NORTH BAY -- A total of 11 businesses have partnered with the City of Temiskaming Shores to create food tourism experiences, giving guests a chance to visit local farms, try food specific to the area and make the most out of their trip to the area.

“When someone comes to an area, they don’t necessarily know what the locals know, this is a great place to eat or this is a great agri-food experience,” said James Franks, economic development officer for the Temiskaming Shores. “So the intent is to … increase awareness of tourists to the things they should see and do while they’re here. So we’ve got cheese products and farms that they should visit, as well as great restaurant experiences.”

The program launched a number of years ago, but is really starting to gain traction in the area now. There are 15 different experiences between the 11 businesses and Franks said he is hoping to double that number.

“It took a while to get people interested and see the value of culinary experiences,” said Franks, adding that it is more popular in southern Ontario. “It took a bit of education but I think those that jumped in have learned a lot. We were able to offer some training through the Culinary Tourism Alliance and teach them the types of things that culinary customers would be looking for. They’re now going to take those, build these experiences and see the results in the future.”

Although the city is putting a big focus on growing culinary tourism this year, some farms have been signed up for a while. Bison du Nord has been a part of the program for more than a year now. 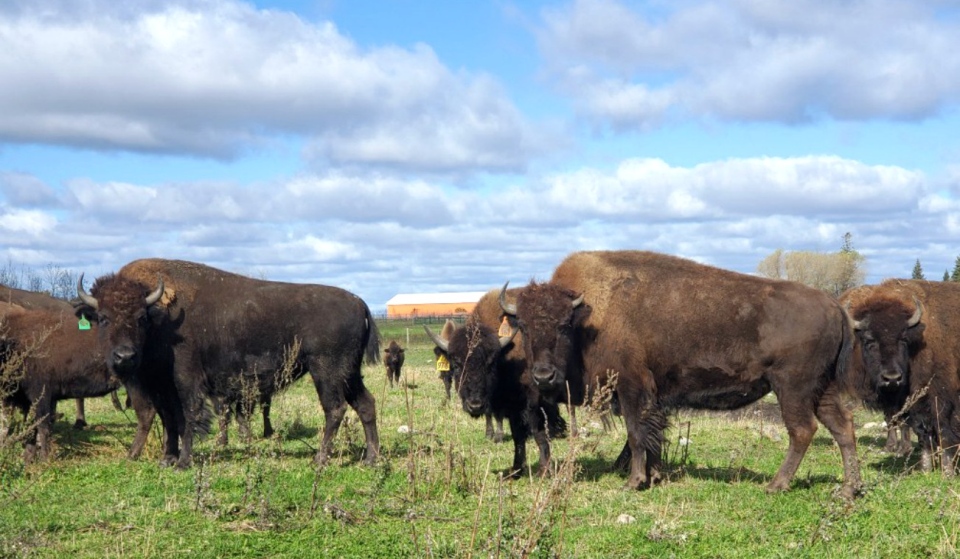 “We had expected over a thousand visitors this year, this summer, easily,” said Pierre Belanger, founder of Bison du Nord. “We had 500 people come through in 2019. So we had more structure, better facilities, everything from washrooms to documents and brochures – we were ready for this year.”

The bison farm has been in business for 48 years and is now giving tourists a chance to check out the farm up close and personal.

“We go right into the bison herd and we do the full explanation and description of bison life and how we ranch them,” Belanger said. “What people get is an hour and a half tour and (it's) really exciting and fun. It’s relaxed. We do the tour both in French and in English. We answer questions, we have a guide on the wagon itself and someone diving the farm tractor pulling us through.”

Other businesses, like Whiskeyjack Beer Company, is new to the partnership and is still working on getting its experience to the public.

“We’re still fine tuning the last details,” said vice-president and co-owner Marc-Andre Therrien. “But basically people will come and they can order flight boards, like you can do at any brewery, but you can also take our beers and bites experience, or beers and bites pairing that will match a certain beer with different local food form our region.”

The goal is to have the experience ready for the public by the end of October or early November. However, beer and a full food menu are open to the public already.

“One food pairing is our Thorneloe Cheese curbs with our Cold Front Cream Ale, the second of is kettle chips made in house with potatoes from Saint-Eugene De Guiges, again local," said Therrien. "We’re going to make some in-house cookies, maybe gingerbread or chocolate chip cookies, who knows? We’ll try to find a good recipe that balances with our Amber Ale."

The overall goal of the project is to draw people to the area and promote local food and venders.

“We think it makes so much sense because there’s so many great food products that are being produced in this area,” said Belanger. “Of course, Temiskaming is well-known for its milk production, known for cash crops and cereals and so on.”

Therrien adds, “It’s a win-win situation for every business that’s part of it," Therrien added. "So it’s all self promotion and community based and everyone wins at the end.”

Information about all the culinary tourism experiences available in the area will be posted on the Lake Temiskaming Tour website and officials are also talking about putting window stickers up in businesses that are participating.