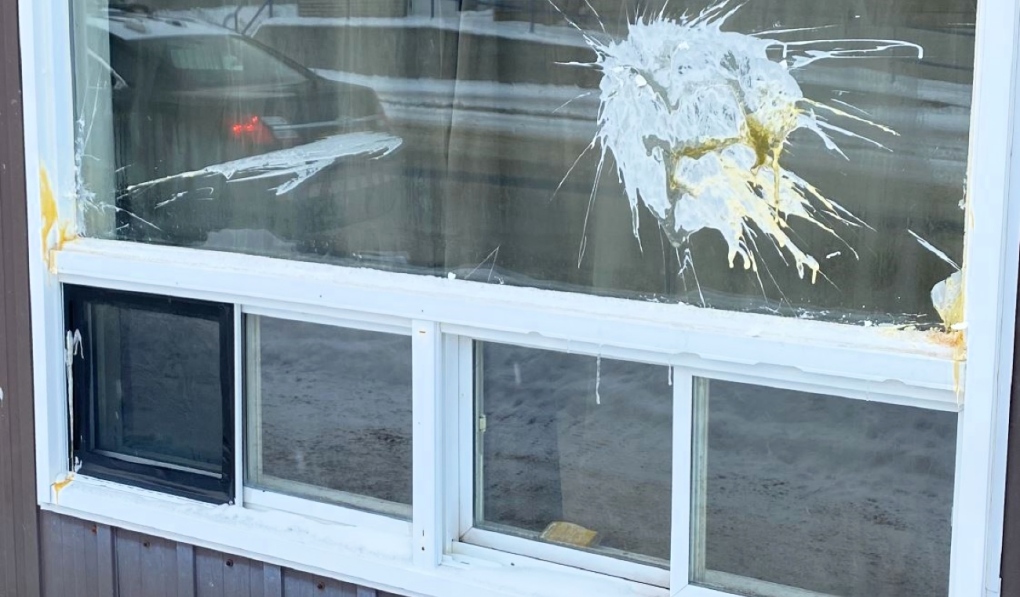 Several teens are facing charges after several vehicles and buildings were hit by eggs earlier this week in Cobalt. (Supplied)

SUDBURY -- It may have been an 'eggscellent' adventure, but six teenagers are facing mischief charges, as well as fines for breaking the lockdown, after several vehicles and buildings in Cobalt were hit by eggs earlier this week.

Temiskaming Ontario Provincial Police responded to numerous calls Jan. 23 about mischief in Cobalt and in the City of Temiskaming Shores.

"Preliminary inquiry showed that individuals in vehicles were throwing eggs at other vehicles, residences and businesses," police said in a news release.

"A short time later the vehicles were located parked on Highway 65 E, in the City of Temiskaming Shores and all occupants were arrested."

As a result, four 18-year-olds and two 19-year-olds are each charged with 13 counts of mischief and one count each of breaching the COVID-19 stay-at-home order – an $880 fine, when all surcharges are included.

They were released by way of an undertaking and are scheduled to appear at the Ontario Court of Justice on March 2 in Temiskaming Shores.