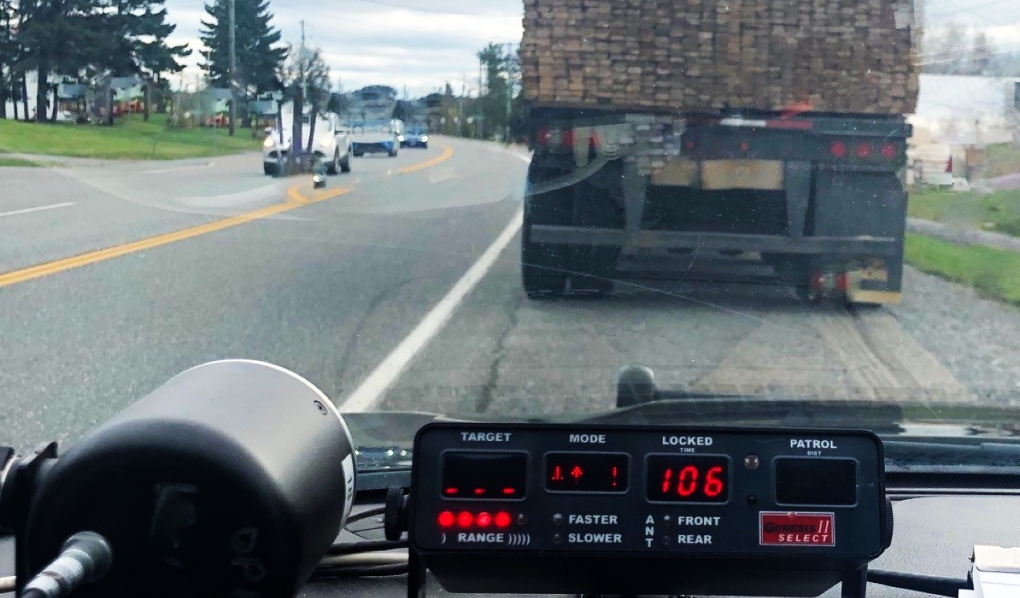 Ontario Provincial Police in Temiskaming say they have charged the driver of a commercial motor vehicle with stunt driving. (Supplied)
Sudbury -

Ontario Provincial Police in Temiskaming say they have charged the driver of a commercial motor vehicle with stunt driving.

The arrest happened when police were conducting patrols Oct. 22 around 4 p.m. in the Town of Latchford.

"A southbound commercial motor vehicle approached the officer's location, travelling in excess of 100 kilometres per hour in a posted 60 km/h zone," police said in a news release Monday.

The 24-year-old driver from the Town of Caledon was charged with stunt driving. The vehicle was impounded for 14 days and the person's driver's licence has been suspended for 30 days.

The driver is scheduled to appear at court Nov. 25 in the City of Temiskaming Shores.

"Aggressive driving, including speeding, is one of the leading causal factors in traffic deaths in OPP patrolled areas," police said.

"Please slow down and abide by posted speed limits."