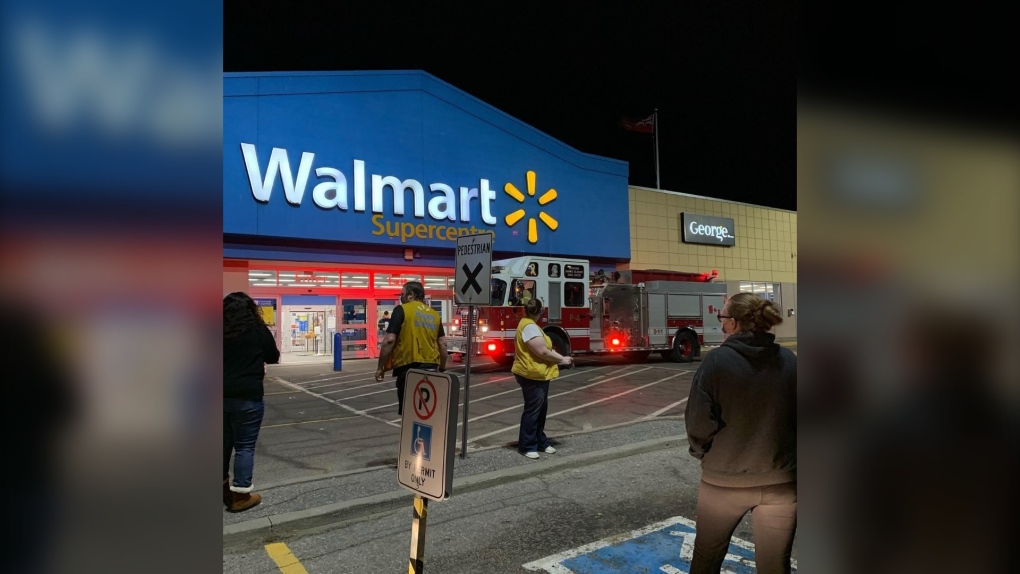 Officials in North Bay respond to a fire at a Walmart location on Fisher Street (Courtesy: Betty Tomatuk)

SUDBURY -- The North Bay Fire Department responded to fire at the city’s Walmart on Nov. 20 in an incident they believe was caused intentionally.

“Our official stance at this time, is the fire is suspicious and it looks like it was deliberately set,” said North Bay Fire Chief Jason Whiteley.

“The Fire Marshal’s office is set to arrive any many minute and later today, officials will be able to provide a statement.”

The Ontario Fire Marshal’s Office also confirmed in a Nov. 21 Tweet that they have dispatched investigators to North Bay.

While the total cost won’t be known for some time, fire officials estimate the damages are well into the millions of dollars.

“My understanding is there was thick black smoke that moved throughout the building, and usually that smoke gets into everything,” said Whiteley.

“In my experience, the costs associated with that type of damage is significant. They have to remove all the affected stock and replace it.  Ultimately, it is up to Walmart to determine what that looks like.”

Media reports confirm that the store’s fire alarms did sound and that customers were evacuated from the building. No injuries have been reported at this time.

There has been no information provided on when the store will be reopened.

Employees at the local Walmart have been advised not to comment. CTV News was directed to Walmart Canada’s Corporate Affairs Office with no one immediately available for comment.

“If it is deemed an arson, it becomes a police matter under the criminal code, at which point they will take-over the investigation,” said Whiteley.

Officers from the North Bay Police Service did respond to the call yesterday but have not yet provided a statement as they await a determination from fire officials currently investigating on-scene.