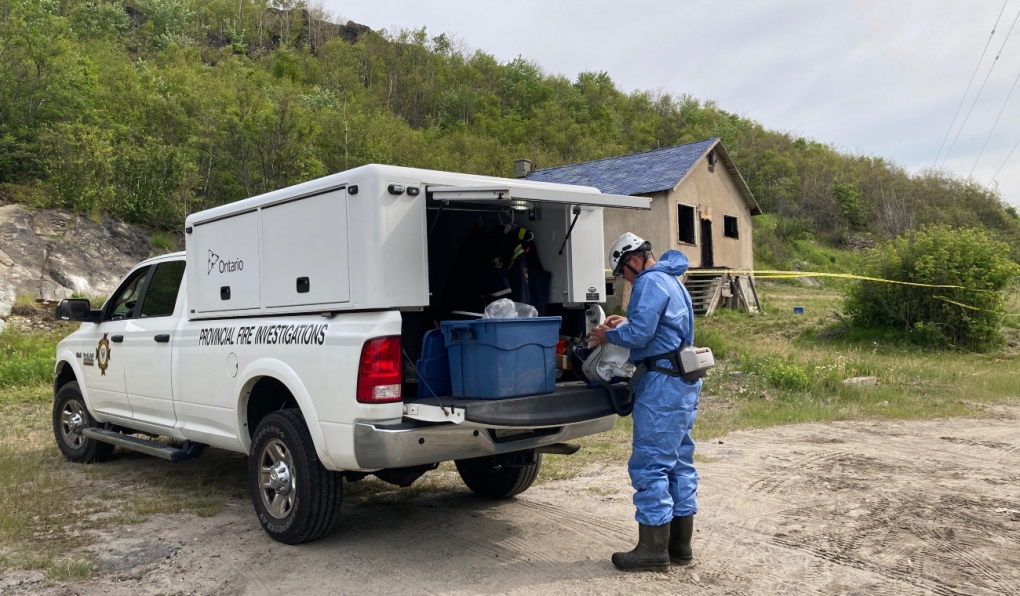 Greater Sudbury firefighters were called out early Thursday morning to a house fire on the Kingsway. (Alana Everson/CTV News)

SUDBURY -- Greater Sudbury firefighters were called out early Thursday morning to a house fire on the Kingsway.

Emergency crews responded around 5:45 a.m. to the fire, which was in the same abandoned house where the body of a 40-year-old man was discovered Tuesday.

"The fire has been deemed suspicious as the building is an abandoned residence," Greater Sudbury police spokesperson Kaitlyn Dunn said in an email.

"The Ontario Fire Marshall has been contacted and uniform officers are currently holding the scene."

Dunn confirmed it was the same building where the body was discovered, and said detectives will be working with the fire marshall to investigate.

"The investigation is ongoing," Dunn said. "Anyone with information related to this incident is asked to contact us at 705-675-9171."