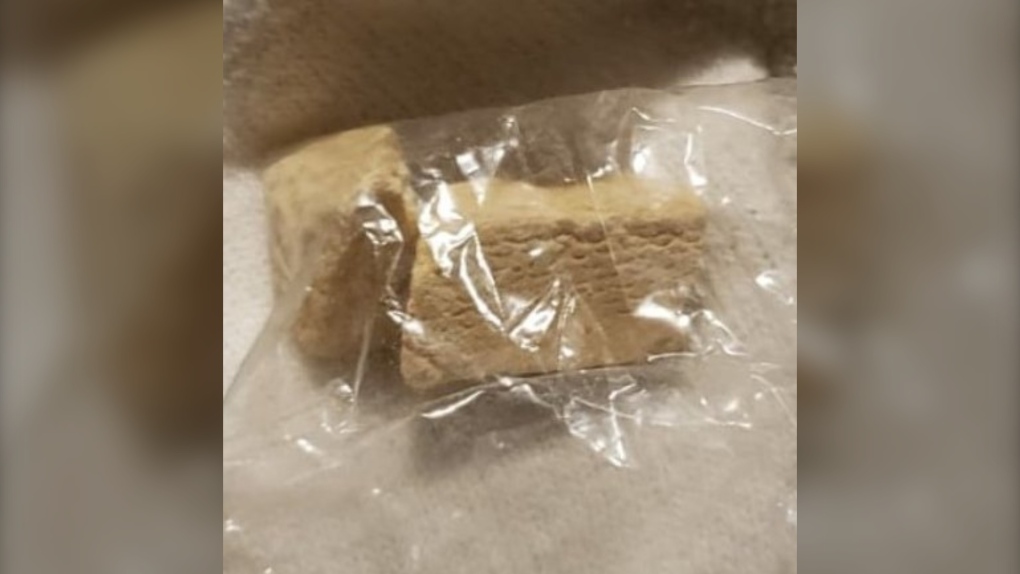 SUDBURY -- Ontario Provincial Police say several drugs, including a substance suspected to be an extremely potent type of fentanyl called "yellow down," were seized at a drug bust in Sturgeon Falls on Monday night.

Officers with the OPP street crime unit and Nipissing West detachment searched a home on Front Street around 9:30 p.m., police said in a news release.

Approximately $4,800 worth of suspected fentanyl, methamphetamine and cannabis shake was seized along with drug paraphernalia and over $1,000 in cash.

The drug samples have not yet been confirmed by Health Canada.

"Officers in the community street crime unit tell me this is a new type of fentanyl known on the streets as 'yellow down' and it is extremely potent/deadly," said Const. Michelle Coulombe, Sudbury OPP community safety officer.

Two local men were arrested and charged with:

Both accused are scheduled to appear in court in North Bay via video conferencing July 21.