A suspected lightning strike caused a fire in a house in Bonfield, near North Bay, on Monday evening.

Fire officials said the house was significantly damaged by the blaze and is considered a complete loss. People were inside the home at the time but were able to escape uninjured.

The fire started in the attic of the home, said Bonfield fire chief Gilles Lebel.

Willow Woodcock said a tree fell on the roof of her house and truck around 6 p.m.

"The storm, I could see it up over the escarpment. It was really, really black with big winds. The tree just fell," she said. "The wind just blew it over, it was too much for it. I heard a loud bang, it was very loud." 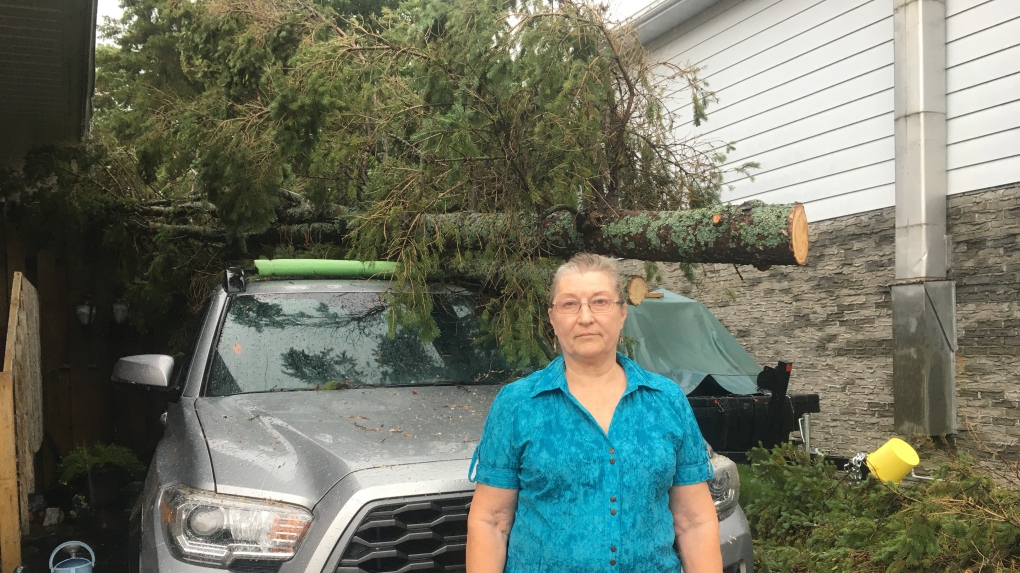 Homicides in the U.S. in 2020 increased nearly 30% over the previous year, the largest one-year jump since the FBI began keeping records, according to figures released Monday by the agency.