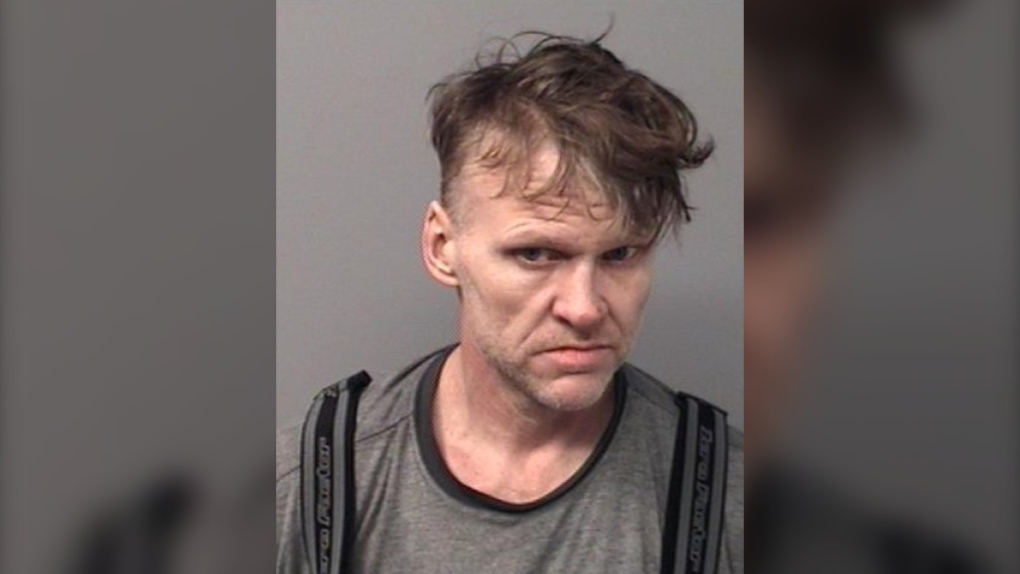 As a result of the investigation into the death of a woman on James Street, the Sault Ste. Marie Police Service said Friday that Jerry Leveille is wanted for second-degree murder. (Supplied)
Sudbury -

As a result of the investigation into the death of a woman on James Street, the Sault Ste. Marie Police Service said Friday that Jerry Leveille is wanted for second-degree murder.

Police have been looking for Leveille, 50, since May 25, after the remains of a woman was discovered on James Street on May 17.

"It’s alleged the accused was in a residence with the victim, an argument ensued and he shot the victim," police said in a news release. "The victim died as a result of the gunshot wound."

In addition to second-degree murder, Leveille is also wanted for several other weapons-related offences, including weapons possession and pointing a firearm.

"The victim and accused were known to each other," police said. "This was not a random act of violence."

Anyone with information about the case, or the whereabouts of Leveille, is asked to call 911.

"If you see the accused, do not approach him," police said. "He should be considered armed and dangerous."

Leveille has not yet been charged with any crimes, and none of the accusations against him have been proven in court.