A flood that happened in Timmins 60 years ago is being remember by a survivor. Suzanne Girard Whissell said Sept. 1 is a day that changed her life forever and she wants others to know about this historic event.

On the night of Aug. 31, 1961, there was a thunderstorm and pouring rain that filled the basement apartment where Girard Whissell was sleeping with her family, on Wilson Avenue, next to the Town Creek.

At around 1 a.m. water rushed into the apartment. Her father managed to her out and then an upstairs neighbour kept her safe while her father tried rescuing the rest of the family.

Girard Whissell was 12 years old at the time and has never forgotten that fateful night.

“My dad left the house and he started screaming on Wilson in French that his family was drowning and nobody could understand what he was saying," she said.

"First of all, he was French and it was an English neighbourhood. So that’s when Mr. Taylor, across the street, saw my father running in the water. He thought my father was drunk. So when he seen the water, he said, 'oh my gosh my kids are downstairs.' So he went downstairs and there was water there also ... He said Mr. Girard maybe he didn’t save his family, but he saved my two sons.”

The house was relocated to nearby Commercial Avenue and is still home to others. A plaque was erected in 1979 where the flooding took place and the Town Creek was re-routed. 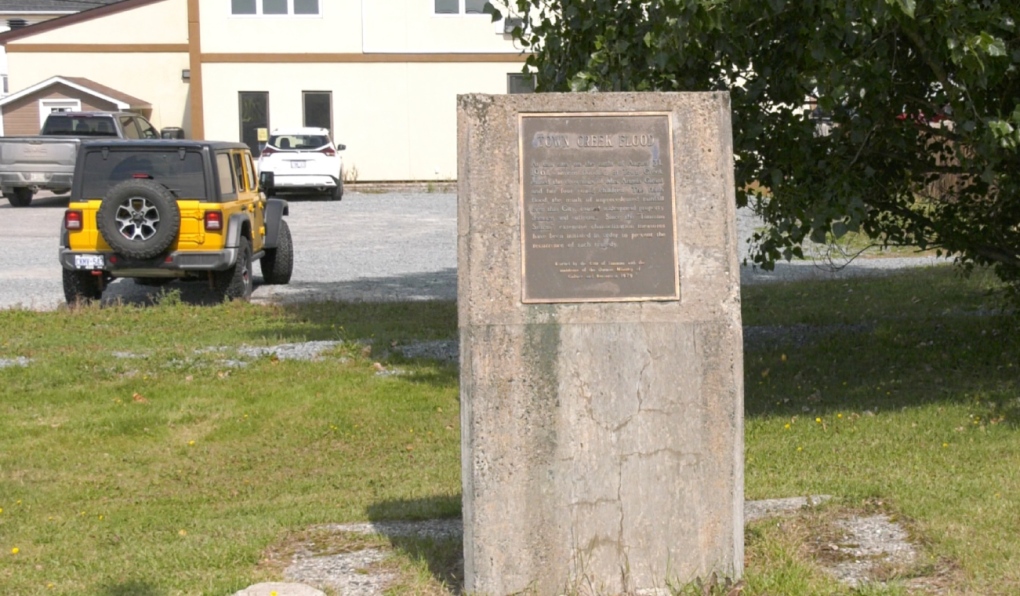 Suzanne Girard Whissell wrote an autobiography to ensure her family and others are aware of the tragedy that happened on Wilson Avenue 60 years ago, when flooding of the Town Creek filled her family's basement apartment with water, drowning her mother and four siblings. (Lydia Chubak/CTV News)

Girard Whissell managed to carry on with her life, living with her father and extended family. She married, had children and great grandchildren.

She's hoping the city will one day make an effort to beautify the area where her family members died.

Queen Elizabeth II spent a night in a hospital for checks this week after cancelling an official trip to Northern Ireland on medical advice, Buckingham Palace said Thursday.

The narrative that passengers watched a man rape a woman on a train in suburban Philadelphia last week and "filmed it for their own gratification instead of calling the police" is false, the prosecutor handling the case said Thursday as he asked witnesses to come forward.

The U.S. House voted Thursday to hold Steve Bannon, a longtime ally and aide to former U.S. president Donald Trump, in contempt of Congress for defying a subpoena from the committee investigating the violent Jan. 6 Capitol insurrection.