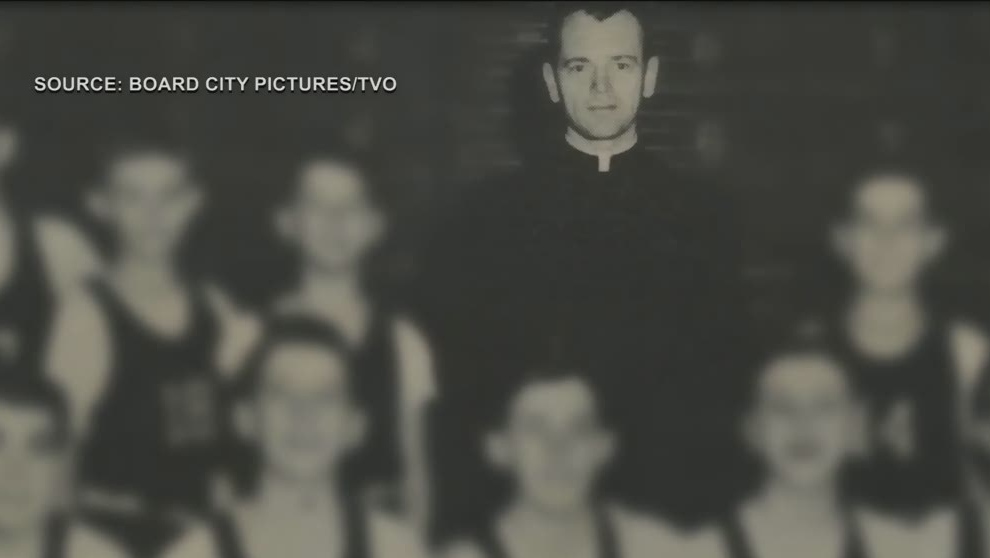 Father Hodgson Marshall was convicted of abusing 17 young people in his 38-year career, including when he worked at Sudbury's St. Charles College. (Board City Pictures/TVO Prey)

SUDBURY -- Canada’s top court is refusing to hear an appeal of a $2.5 million judgement for a Sudbury man who was a survivor of historic sexual assaults by a Catholic priest.

Rod McLeod, a student at St. Charles College in the 1960s, was one of several victims of Father Hodgson Marshall, a priest with the Basilian Fathers. As complaints emerged about Marshall in the 1960s and 1970s, the Basilians moved him to different schools, where he victimized more children.

Marshall was convicted of abusing 17 young people in his 38-year career.

"Shockingly, it was disclosed in the trial that the Basilians had in fact received at least three complaints of sexual misconduct by Father Marshall before he was assigned to St. Charles College," said a news release from Rob Tallach, a lawyer with Beckett Personal Injury Lawyers, who represented McLeod.

The Basilians appealed the amount all the way to the Supreme Court of Canada, seeking to have it reduced by $1.5 million, but the court has decided not to hear the case.

CTV News has reached out to the Basilian Fathers following the decision and will update when comment is provided.

"I hope this final victory will give hope to other sexual abuse victims to come forward and seek justice through the Courts," McLeod said in the release. "It is possible to achieve justice in Canada."

The Basilians are a Roman Catholic Religious Order of priests who operate on three continents, including in Canada and the United States, with their headquarters located in Toronto, Ont.

"The Basilian’s complicity in Marshall’s crimes made them responsible to pay the damning judgment," Tallach said in the release. "The outcome is a victory for not only Mr. MacLeod but also all victims of sexual abuse in Canada. The law is now friendlier to victims and tougher on their perpetrators."

“This also shows that a lone, determined victim can take on the power, prestige and wealth of the Roman Catholic Church and win,” said the prosecution attorney.

McLeod’s story was told in a documentary released last year entitled "Prey," focusing on what happened to him and includes a chilling scene in which Marshall gives a deposition about his actions.