Sudbury woman shaken, angry after being denied visit with her mother at LTC home

SUDBURY -- After being denied a visit, Hanmer resident Johanne Lapierre says she's frustrated and angry with the situation surrounding her mother at a long-term care home.

Lapierre and her sister are both primary essential caregivers for her 79-year-old mother, who's currently living at Extendicare Falconbridge.

She arrived at the facility Tuesday for a planned visit with her mother and was allowed into the building by the person screening at the door. She had just finished getting into full personal protective equipment when she came face-to-face with what she said was an aggressive manager.

Lapierre questioned the woman about why she wasn't allowed, but she was told, 'Well, you're not going."

That's when the manager walked over to the person at the front door and said, "Don't you know how this supposed to work?"

Lapierre said she had done everything she thought she was supposed to -- she had received her COVID-19 test results the day before and Extendicare had her name on the list.

Out of frustration, she admits to cursing as she was leaving, telling them "'they needed to get their 'sh*t together" and that's when the manager confronted her.

Lapierre said the individual continued to challenge her, following her outside as she tried to leave. In a bid to get away, she used another curse word and was told if she returned to see her mother, the manager would call police.

The woman, a grandmother herself, received a phone call Wednesday morning telling her that families received a sheet notifying her that only one essential caregiver was allowed during a lockdown, but Lapierre said that was never enforced until now and doesn't excuse the lack of compassion she received. 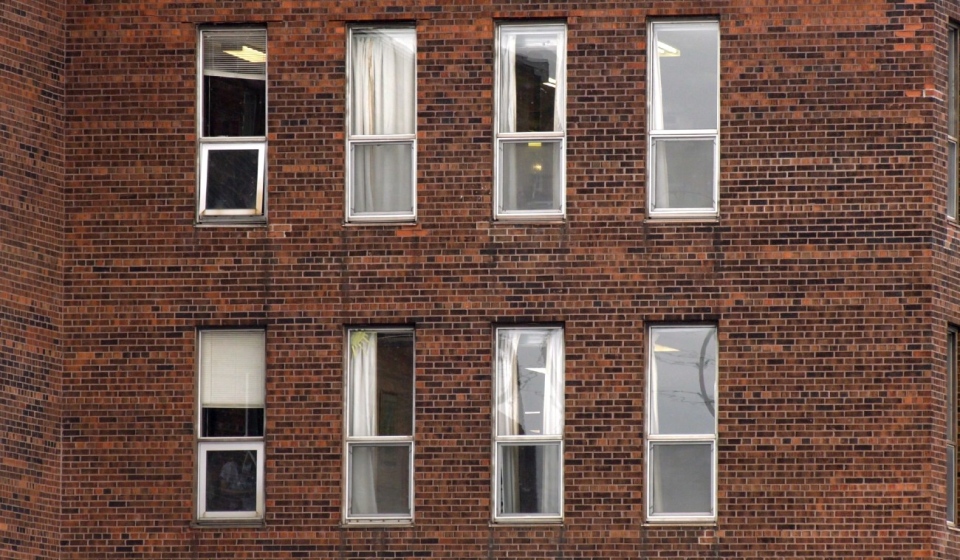 "The nurses are doing great care with what they have there, they are very caring," Lapierre said. "But the management is lacking empathy, they're lacking something - I mean you don't escalate a dispute, you walk away from it, which is what I did."

"My heart goes out to her, her sister and her family and all of those trying to jump through the hoops necessary to visit and provide that essential care as caregivers," said NPD leader Andrea Horwath at a news conference Wednesday morning.

"It's part of the problem we have in this province, this government's lack of clarity, lack of direction and mixed messages. It creates so much confusion and that confusion leads to anguish."

Horwath said it's a lot to deal with, particularly if COVID-19 is lurking, if not already in the long-term care home.

Nickel Belt MPP France Gelinas said she wasn't surprised to hear of the situation. She said many essential caregivers in Ontario face the same difficulties as Lapierre.

Their caucus colleague, Lisa Gretzky, has put forth Bill 203, the More Than a Visitor Act, which would outline the definitions of essential caregivers and put the power of who can visit in the hands of the resident.

Gelinas said it would also provide a uniform set of rules that would have to be followed by all long-term care homes.

The bill is still stuck in committee at Queen's Park.

Extendicare has issued a statement on behalf of Extendicare Falconbridge, telling CTV News that they know this has been extremely hard on families with loved ones in long-term care.

"All caregivers have been trained in PPE (personal protective equipment) and infection prevention and control measures, and we are all counting on them to adhere strictly to those guidelines to limit the risk of exposure to residents," the statement said. "We must ask that family caregivers also abide by these strict guidelines for the safety of their loved ones and everyone else in the home.

Extendicare Falconbridge has reached out to this family member and we understand her frustration. We will continue to work with her and all family caregivers to help ensure a smooth process for future visits," the care home said in its statement.

The Ministry of Long Term Care also issued a statement to CTV News, writing, in part:

"The visitor policy was updated to ensure that long-term care homes in areas of higher community spread are able to continue to keep residents and staff safe and prevent the spread of COVID-19. Only essential visitors are allowed to visit homes in these areas. Caregivers can visit at any time, including during an outbreak, subject to direction from the local public health unit. These units may provide further direction on the types and numbers of visitors to them homes to ensure the health and safety of all residents, staff and visitors."

For now, Lapierre said her family is figuring out their next steps and she plans on taking her situation to Ontario Premier Doug Ford.

She said she didn't deserve to be treated in such a fashion. She did everything she was supposed to, she followed the rules as she knew them and is fearful of the type of treatment her mother is getting as a result.

"My mom says she'd rather die than go through another lockdown, she doesn't want to go through this anymore," Lapierre said. "She's been kept in her room, while you and I have the right to go out and get essentials and walk outside by ourselves, they've been locked in for close to a year now."

She also plans on reaching out to the Local Health Integration Network, the regional health authority, in hopes of finding a solution.