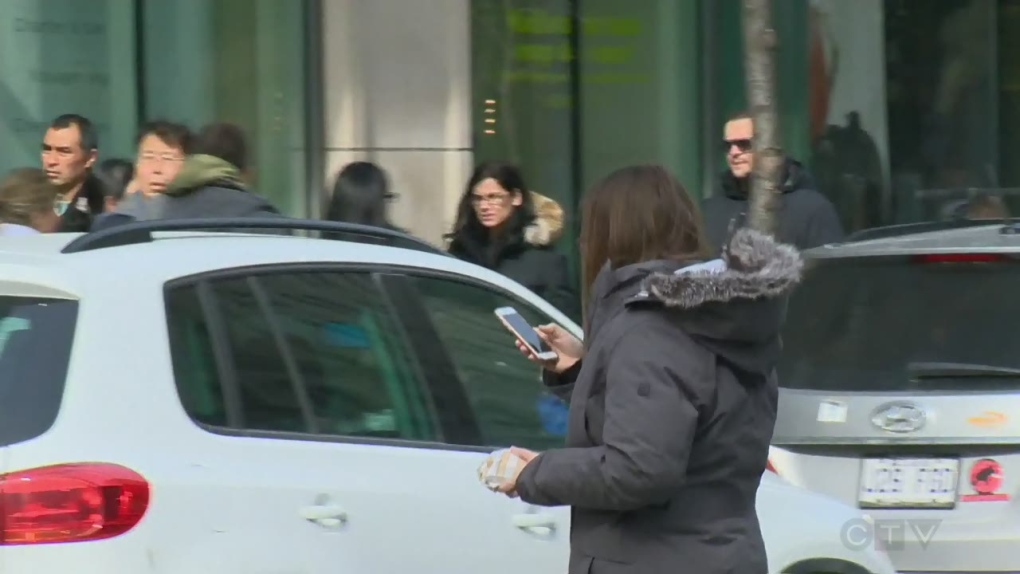 SUDBURY -- Sudbury police say they received a call from a woman Thursday morning after an unknown man tried to get into her car in a South End parking lot.

"Information provided was that a man approached the woman as she was walking to her vehicle and continued to follow her. She was able to get into her vehicle and lock the doors," Dunn said. "The man became angry and told her to roll down her window and then attempted to pull open her vehicle door stating that she was going to go with him. The woman was able to drive away."

The suspect was described as a large man, about 300 pounds, wearing a bright, blue jacket and a grey hat.

A Facebook page called She Matters, a group of survivors and advocates working to end sexual violence, posted about the incident saying the man told the woman that he had been watching her and thought she was pretty.

According to the social media post, the man also told her she was going to go with him to his apartment.

A representative from She Matters told CTV News their organization has been contacted by two additional young women with similar stories at the same location.

"The other stories were very similar, and one involved the man actually approaching a young woman inside the location," the representative said. "So, it’s certainly important to educate community members about what to do in these situations."

Sudbury police said trusting your instincts is your best defence in staying safe.

Here are some other tips from police:

"Individuals or victims of crime are provided with opportunity to be placed in contact with Sudbury and Area Victim Services or a support service of their choosing," Dunn said.

If you or someone you know is experiencing violence, you are not alone. There is support available: