SUDBURY -- A Sudbury teen is sharing her journey with diabetes as part National Diabetes Awareness Month in November.

By telling her story, Kennedy MacKinnon hopes people will have a greater understanding of the struggles faced by those who live with the disease.

Mackinnon has always been a very active person, but in 2013, a diagnosis of type 1 diabetes changed everything.

"At the time, I was a competitive dancer, so stopping what I was doing in the middle of a dance class, when your training is really hard; so I would have to stop and go test, and then if I was low, I would have to sit down for 15 minutes," said Mackinnon.

Thanks to technological advances, MacKinnon went from having to prick her finger 20 times a day and giving herself five needles to having two devices that do almost all of the work for her. She has a continuous glucose monitoring (CGM) system, as well as an insulin pump. 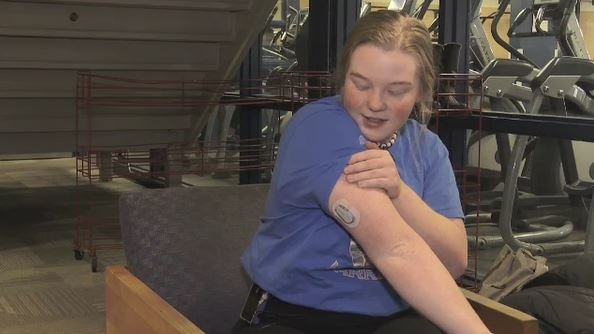 All she has to do is keep track of the information from her sensor, which is sent to her phone, so she can make sure she is getting the right amount of insulin from her pump. 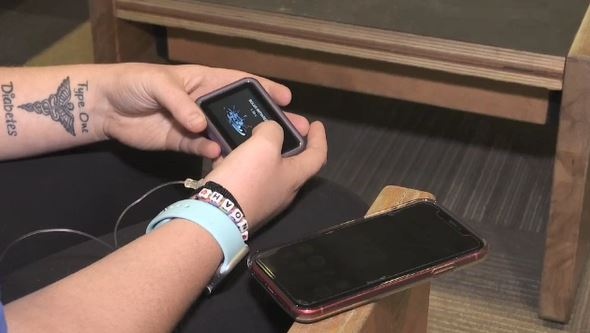 MacKinnon says she’s one of the lucky ones. She has insurance coverage for these devices, while others have to pay out of pocket.

"A CGM, for example, could cost anywhere from $3,000 to $5,000 a year and the pump, on a monthly basis, I’ve heard estimates anywhere from $800 to over $1,000 per month," said Joanne Lewis, a director of healthcare provider education and engagement for Diabetes Canada.

Lewis says that’s part of the reason Diabetes Canada is pushing for a National Diabetes Strategy that would look at making new technology and medication accessible to everyone, no matter their circumstances.

According to the organization, one in three Canadians has diabetes or prediabetes. People with prediabetes have blood sugar levels that are higher than normal, but not yet high enough to be diagnosed as type 2 diabetes.

Diabetes Canada also says those at age 20 now face a 50 per cent chance of developing the disease and that staggering number speaks to the epidemic diabetes has become across Canada.

During the month of November, Diabetes Canada is encouraging everyone to help spread awareness by sharing their own story like MacKinnon has, so more people know about the autoimmune disease and are less likely to ignore it.