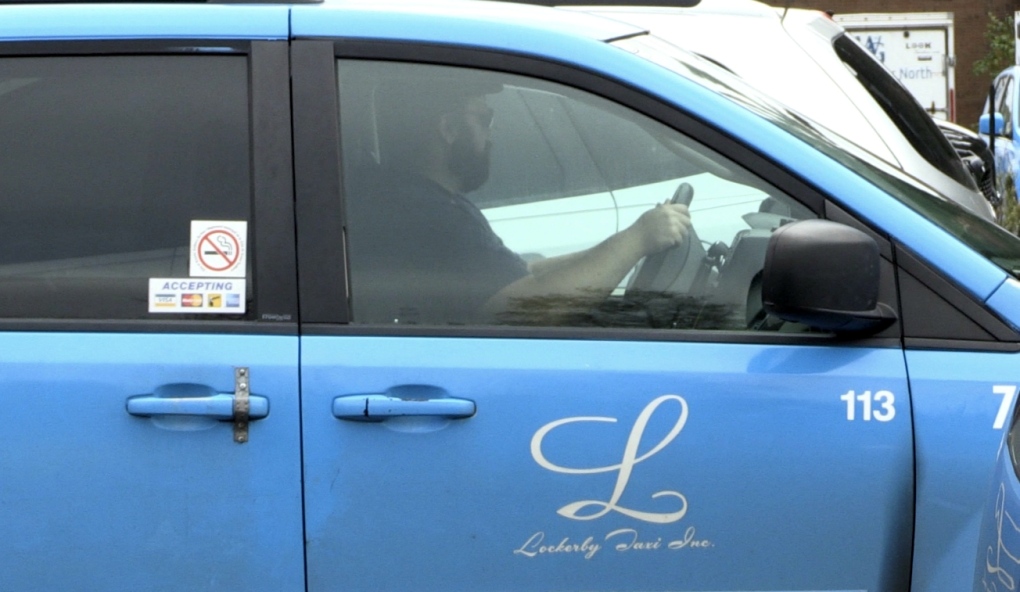 Even though taxi services were considered essential during the global pandemic, family-owned cab companies were affected more than they had ever imagined. (Molly Frommer/CTV News)

SUDBURY -- Even though taxi services were considered essential during the global pandemic, family-owned cab companies were affected more than they had ever imagined.

Lockerby Taxi has been in business for more than 40 years. The owners say it’s been a very challenging time for the company.

“Our business, when it first hit us, dropped us by as much as 70 per cent and now it’s averaged out around 60 per cent to 65 per cent in business,” said Sharon Flinn, co-owner of Lockerby Taxi. “We do have contracts with Sudbury transit and Canada Post that still do need our vehicles on the road, but with the decrease in business of the bars, especially in the evenings, there’s just not the business there to maintain a company.”

The company normally employs around 100 people. After the pandemic hit, it had to lay off almost 50 per cent of its workers, but Flinn said they have started hiring some of those people back.

“We just recently brought back a good portion of our staff because we have the school board runs that we do with Sudbury Student Services, those people are now coming back gradually and slowly,” said Flinn.

Some drivers refuse to return

She said some individuals have refused to come back to work.

Aaron Taxi is another cab company in town. It says once April hit, things got relatively busy again.

“There were two weeks in March where it was scary, but it’s been steadily increasing up until September and now it’s levelled off I’d say,” said Michael Sanders, owner of Aaron Taxi. “I don’t expect it to get any busier without more students coming in. I mean, that was a good bulk of our business especially in fall and winter.”

Sanders said it’s been difficult having to get some people to wear face coverings in cabs. He said people who refuse to wear them won't be driven anywhere.

Both companies said they are hopeful business will continue to improve and things can get back to normal.