Some changes to Sudbury's transit system are coming later this summer, including the new name GOVA.

Buses are about to become a lot more accessible thanks to a series of changes being made including current lifts, which will soon become a thing of the past. 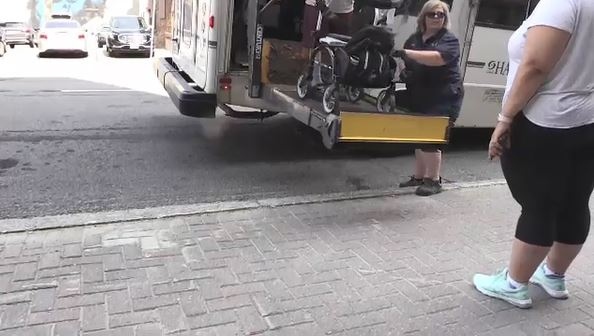 Sudbury's new Transit Action Plan will see the lifts replaced with lower buses and ramps as the city looks to replace this aging fleet.

"It will look like a conventional bus, low floor, just a little bit smaller, and geared for our Handi-Transit residents." said Michelle Ferrigan, of Sudbury Transit Services.

Another change in protocol is the elimination of the term "physical disability," opening up the service to those who may be otherwise disabled.

"We strive not to leave anyone behind, and having that physical description in our mandate limited some people's ability to move throughout the city with our public system, so this change in mandate really opens the door for some people." said Ferrigan.

"What I really like is every time there is an issue and people have come forward and said 'you know what, what about us here?' They are looking at it and revisiting the plan." said Sudbury City Councillor Michael Vagnini.

Changes will also be rolled out on conventional buses, giving the disabled the opportunity to ride those if they so choose.

The news came in to Sudbury's Independent Living on the first day of their summer program, giving them something else to celebrate.

"It is huge, it's more inclusive, and we're not categorizing people in little boxes. Some people don't fit in those little categories or some people may have varying disabilities, so I think the change is welcome." said Rob Dimeglio, executive director of Independent Living Sudbury.

Dylan Warren is a transit user that says the changes will make the service easier to use.

The new changes go into effect immediately, while the Handy-Transit fleet is expected to be replaced by the end of August, providing most, if not all, with a smoother ride ahead.