Sudbury's top doctor not ruling out lockdown to curb COVID 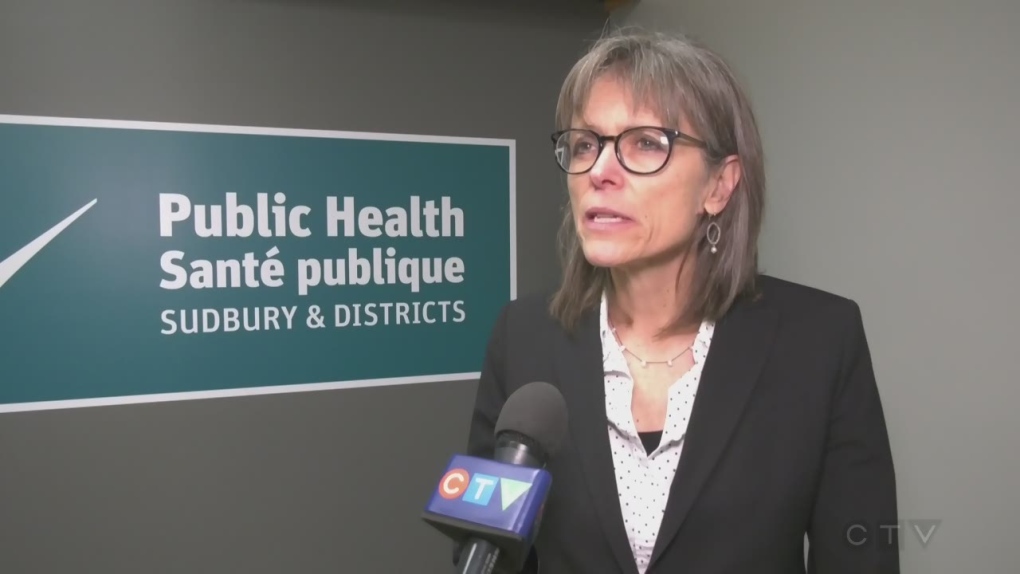 Dr. Penny Sutcliffe, Sudbury's medical officer of health, says there's not one smoking gun behind the city's latest spike in COVID-19 numbers. As cases in the city nears the 200 mark, almost one-third of them have happened in the last week. (File)

SUDBURY -- Sudbury's medical officer of health isn't ruling out a lockdown to stop the spread of COVID, should the city need it.

Dr. Penny Sutcliffe made a presentation this week to city council in which she updated councillors on the health unit's latest efforts to curb the spread.

"Not a big lockdown, but of course that could be necessary if we don't get this better under control," Sutcliffe told councillors. "I just really want to emphasize Mayor Bigger and council, how this wave itself evolves and the measures and restrictions necessary to control it are really in our hands."

The presentation came after Public Health Sudbury and Districts declared two outbreaks in the city, one following a Halloween house party in New Sudbury and the other at Pioneer Manor.

Almost one-third of the city's positive cases since March have happened in the last week. According to health unit data, they are seeing a test positivity rate of 1.3 per cent. Across the region, that's translates to a rate of 26 positive cases per 100,000 people. Just last week, the rate was about one per 100,000.

The outbreak at Pioneer Manor is under control, she said. As for the house party, the health unit said the home owners were unaware of the party. They made the decision to publicize the address where the party took place in hopes of reaching as many people as possible.

As of now, Sutcliffe said every positive case in Greater Sudbury potentially affects nearly 12 other people.

"We are seeing more younger people, people in their 20s, (and) this is not unexpected or unusual," she said. "This has been seen in other parts of the province that hit this part of the wave sooner than we did, and this really speaks to the need for young people to be social and to have connections, but also to make sure they are aware of how to do it in a way that is safe."

She said the health unit is still in a containment phase and they haven't given up on contract tracing. Sutcliffe added they have redeployed all available staff to work on COVID to handle the sudden increase in workload.

"This is important so we can prevent widespread community transmission and that is important because once it's widespread, that will lead to more outbreaks," Sutcliffe said.

She said it is entirely preventable with simple precautions like masks, washing hands and limiting close contact to households. A lockdown could be necessary if they don't get this under better control.

"These rising few cases means we're at risk, we're at risk of incredible stress on our public health system, on our healthcare systems and providers, our schools and our businesses but very, very importantly, it is posing a risk if we don't get this under better control on the health and lives of vulnerable people."

So far, they have have been seeing a high rate of compliance from Sudburians and haven't had to enact provincial legislation yet to force anyone to adhere with public health direction, but she said she wouldn't hesitate to do it.

A recent Leger and Association of Canadian Studies Poll found two-thirds of Canadians wouldn't oppose an evening curfew if it helped to limit the spread.

Sudburians had mixed feelings about the idea.

"I think people are being very good about that and to put Sudbury in a lockdown right now would be very bad for the economy, I would say, just before Christmas," said Shirley Cockburn.

"Any country that has closed down for two months has shown that it doesn't work -- we need a longer lock-up period, as much as I may not like it and I work thru it - I think it's what's needed," said Dave Lavoie.