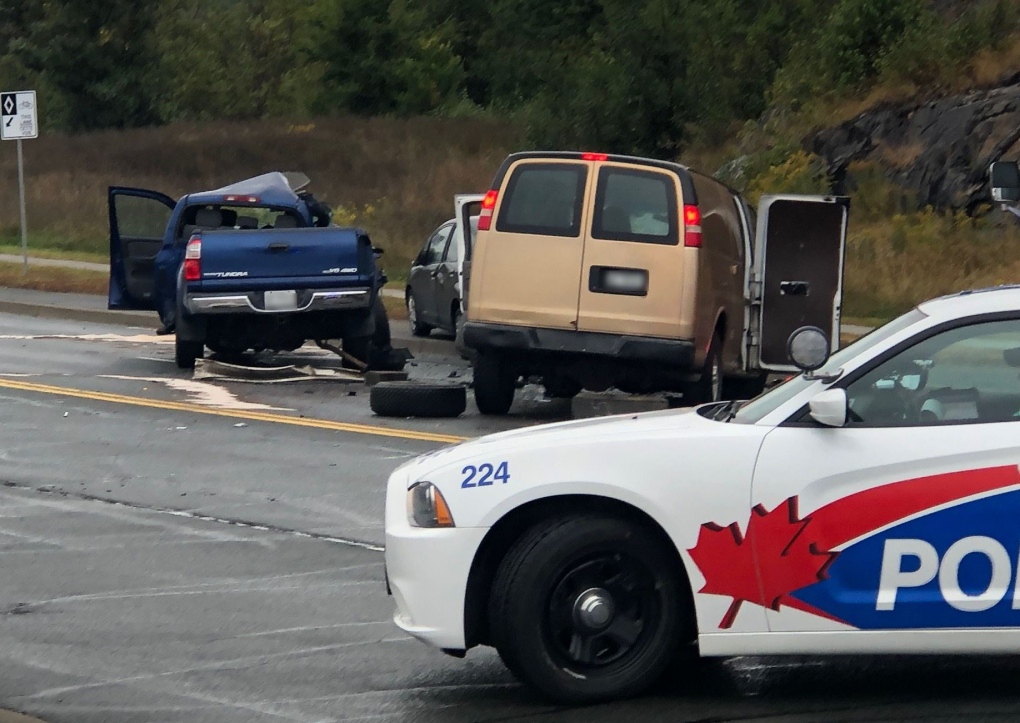 Police reopened the road around 3:30 p.m.

At least two people were transported to hospital as a result of the collision; including one with serious, but non-life threatening injuries.

A multi-vehicle crash on Sudbury's Paris Street has closed the road near  the hospital, Science North, Tuesday morning.

The extent of injuries are unknown.

Both lanes of Paris Street have been closed and traffic coming from downtown is being rerouted down York Street.

Drivers should expect delays and avoid the area or find an alternate route. Motorists travelling from the south end towards downtown can use Walford Road to access Regent Street.  Vehicles coming from Ramsey Lake Road will be directed towards the Four Corners.

Officers are on scene for additional traffic control.

CTV Northern Ontario's Ian Campbell was on scene and will provide more details as they become available.