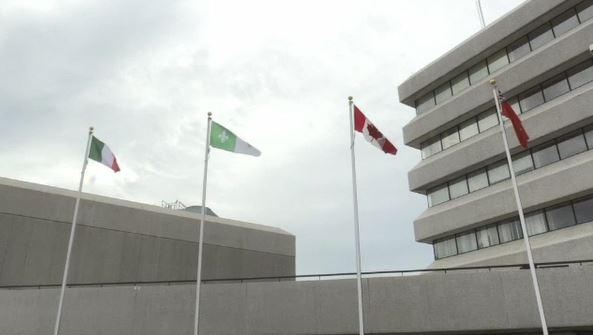 Police in Greater Sudbury are being asked to investigate a bribery allegation regarding the proposed Kingsway Entertainment District. (File)
Sudbury -

Police in Greater Sudbury are being asked to investigate a bribery allegation regarding the proposed Kingsway Entertainment District.

Ward 3 Coun. Gerry Montpellier recently suggested he was offered a bribe by developers four years ago to support the project.

But now Montpellier says it wasn't a bribe. He's involved in the motorsports business, and he says he was approached by developers, asking for his support at council.

Montpellier said he couldn’t offer that support and declared a conflict of interest when a vote came to city council on the project. However, he said he was never offered a bribe.

“It’s rather confusing to be honest with you," Montpellier said. "As all the reports say, in 2017 I thought I was so crystal clear and said due to my full-time motorsport job, this is a conflict of interest. I cannot be voting on something that will profit me. So, that’s what I left it.

"Now all of a sudden it seems to be the word bribe it just seems to want to interject itself and I’m really baffled by it all. I thought I was very clear that this is what I do for a living. I’ve been at it for 50 years.”

“It’s important for us not only as councillors, but for the citizens of the community," Sizer said.

"This is their project and they have to know that this has been an open and transparent process and so the only way we can achieve that is to have an independent body do that investigation.”

Sizer said he’s unsure of whether there will be a police investigation, whether it will be local police or the Ontario Provincial Police, and he has no idea when it might begin.

Leaders from across the political spectrum came together Saturday to pay tribute to a long-serving British lawmaker who was stabbed to death in what police have described as a terrorist incident.

Government bracing for surge in passport renewals after border announcement

The government is bracing itself for a surge in passport renewals and other services after news that the Canada - U.S. land border will re-open in November

Quebec is slated to lose one seat in the next redrawing of federal ridings in Canada going from 78 to 77 seats.